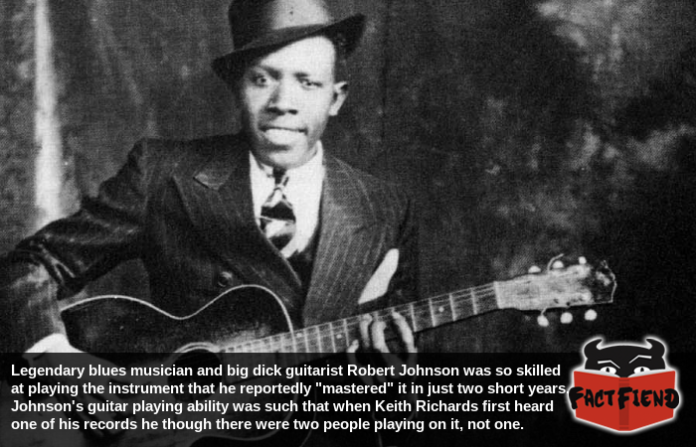 In the duel and occasionally intersecting spheres of music and shredding the fuck out of a guitar the name Robert Johnson is one treated with equal parts reverence and respect. Widely considered one of the greatest guitar players to have ever lived, Johnson’s prodigious skill with the instrument was such that even seasoned guitarists struggle to comprehend how hard he could shred.

Now you’d think a guy we just described as one of the singular finest guitarists to have ever graced this Earth would have led a fairly well chronicled life, but the truth of the matter is we barely know fucking anything about Johnson save for the fact he could make a guitar scream like an eagle with its balls caught in mousetrap. 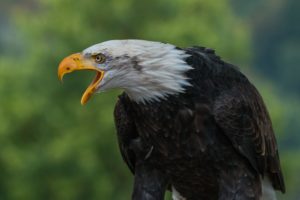 As an idea of how shrouded in mystery basically Johnson’s entire life is, there are only like four photographs of him known to exist and even to this day nobody is really sure where he was buried. Hell, even minor biographical information about Johnson such as when he was born isn’t known.

One thing that’s absolutely clear in regards to Johnson’s life is that he could presumably shred a guitar hard enough to make crystal panthers explode out of it. Exactly how Johnson came to master the instrument isn’t clear, though it is known that he had an unnatural affinity for the instrument, reportedly mastering it in just two years. A feat that would put even a Sim to shame. 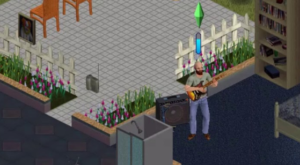 What really set Johnson apart from his peers and helped establish him as a musician of extraordinary skill though was the blistering speed at which he could play. Johnson could also reportedly play chords and riffs at the same, a skill so rare even professional guitarists hearing his recordings have a hard time understanding exactly what the fuck he is doing.

This fact has resulted in several legends emerging about Johnson positing that his guitar playing ability was the result of a Faustian deal with the devil. A devil who is somewhat amazing described in many accounts as taking the form of a giant black man with a booming voice who conjured a mystical devil guitar out of thin air for Johnson to play.

The truth though is that Johnson was just that fucking good, though we are fans of the theory that the devil is an impossibly cool black man who can play the guitar.