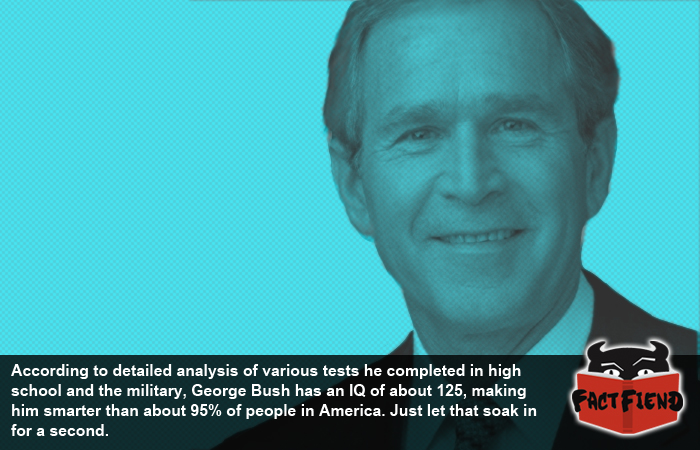 No President in history has had the intellectual capacity called into question more than George W. Bush and we’ll be honest, the guy hasn’t exactly helped himself over the years. As it turns out though, Bush is probably smarter than everyone reading this.

First things first, we’re not here to talk about Bush’s policies or time in office because fuck, we don’t want to open that can of worms, instead we’re here to talk about the fact there’s strong evidence he pretended to be an idiot on purpose, to endear himself to regular Americans.

For example, according to pretty much every person who’s ever met Bush and had a chance to speak with him at length, he’s remarkably intelligent, with various commentators saying that in private he’s 60 IQ points smarter than he is in public. Members of Bush’s staff have noted that when he was the Commander in Chief, he’d interrupt meetings halfway through because he’d already read through the supplementary material provided and wanted to move on to discussing it so he could go back home and play Tekken or something. Bush was also capable of memorising information on a level comparable to that of a paranoid girlfriend and recalling it weeks or months later complete with detailed notes on why it would or wouldn’t work.

It’s at this point someone will normally say, “if this is all true, then why did he sound so stupid whenever he talked?” and while it’s certainly true Bush wasn’t exactly a brilliant orator, he was fighting an uphill battle anyway because of his Texan accent, which studies have shown makes people appear to be less intelligent. Speaking of which, there are some who think Bush intentionally played up to his everyman, cowboy image specifically to differentiate himself from the endless swathes of rich assholes in suits he was competing against in politics. Which probably makes sense considering Bush first got into politics in Texas where we suspect his background as a Yale and Harvard educated millionaire wouldn’t have endeared himself to the public as much as this guy.

Speaking of which, yeah, Bush is a graduate of both Yale and the Harvard School of Business and while he didn’t get exceptional scores, he did manage to graduate. On top of this, contemporary analysis of tests he took in high school and the military has revealed that Bush is almost certainly in the top 95 percentile in terms of intelligence in the States. Something we feel Bush never felt like publicising during his time in politics because, yeah, Texas.

So if you need a reason to feel sad today, just remember that a man who is almost universally considered to be a fucking idiot, was probably smarter than you anyway. Ouch.

For more presidential bullshit, why not read about how they once fucking melted a guy who tried to assassinate the President McKinley. 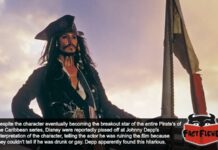