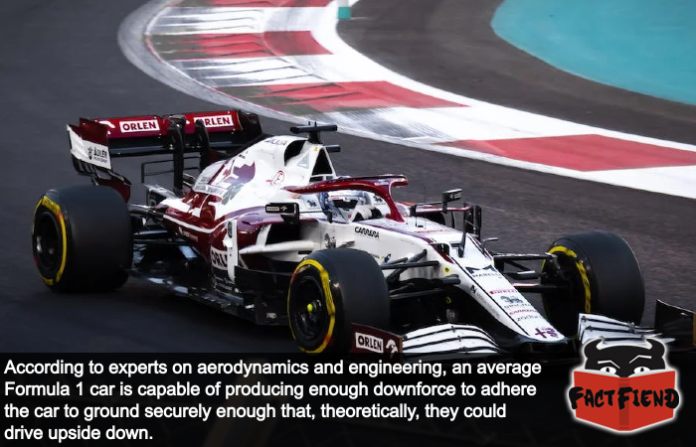 Formula 1 cars are a veritable marvel of engineering, a seamless blend of bleeding edge aeronautical technology and enough horsepower to hurl an engine block into low orbit. Meticulously crafted to the point fractions of a gram are taken into consideration while being built, the cars are so fantastically suited for sticking to the road that they could even do so while upside down.

To explain, Formula 1 cars, by design, produce an almost comical amount of downforce when travelling at high speed with the official Formula 1 website casually noting that an average F1 car can produce downfall equal to over three times its own weight when flying around a corner. 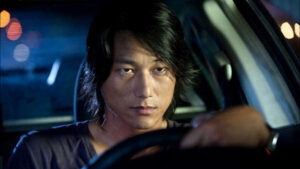 For anyone curious about why an F1 car needs to produce such an obscene amount of downforce, the simple answer is that if they didn’t, they’d fly off the track and into the crowd the second a driver so much as twitched the steering wheel like a meat-filled fibreglass missile.

Because of how remarkably aerodynamic F1 cars are though designers have been able to put increasingly powerful engines into increasingly lighter cars that are capable of bursts of speed normally only seen when people throw greyhounds of of airplanes. With even a basic bitch F1 car able to accelerate to 100pmh and then come to a complete stop, in less than five seconds. Seriously.

Now fans of the sport or just people who know anything about cars we suppose will probably be thinking, well what about the engine, surely that wouldn’t work while upside down, right? Well, as it turns out, it totally would because the engines of F1 cars don’t work like normal cars. In fact, they’re specifically designed to draw in oil and fuel while a car is flying around a corner at 120mph which would naturally see it bouncing around the inside of the tank like that zombie from the first season of The Walking Dead. 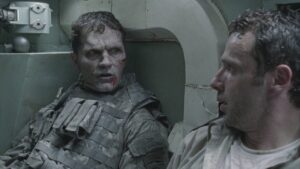 Of course this is all theoretical as any drivers with balls big enough to even attempt this would make the car too heavy anyway. But it’s nice to know that maybe at some point in the future the world envisioned by F-Zero could become a reality.