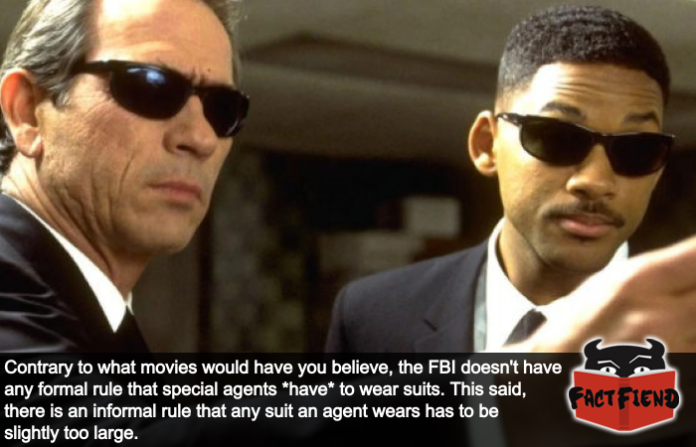 According to official FBI materials and interviews, contrary to the image you likely have in your mind of FBI agents spending 99% of their time in an immaculately tailored more form-fitting than a Lycra thong, special agents with the FBI probably spend less than 5% of their time wearing a suit. A suit we feel compelled to mention, an individual agent is heavily advised to have tailored specifically so that it doesn’t fit properly.

You see, while media featuring the FBI in any capacity would have you believe the entire agency is staffed by burly men in black suits and impossibly bitchin’ sunglasses stood around looking all smug with one another … 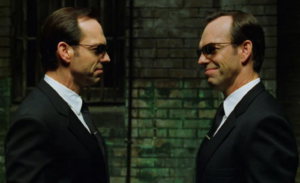 The truth is that FBI agents have a remarkable amount of leniency in how they’re allowed to dress, at least, relative to what pop culture likes to show. For example, multiple sources we consulted, including the FBI’s own handbook on the matter, notes that the way an individual agent chooses to dress is entirely up to them with only the most outlandish and extreme styles of dress and grooming being explicitly forbade. Largely so that an agent’s individual appearance doesn’t detract from the public’s perception of the FBI being all business all the fucking time.

In fact, it’s specifically noted that special agents are free to use their own judgement when deciding how to dress unless the scope of their given duties specifically require them to wear something else. You know, like if they’re undercover or something. 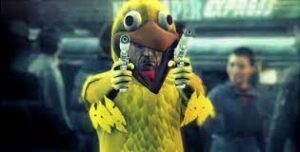 So what does this have to do with baggy, ill-fitting suits? Well on the occasion an FBI agent has to wear a suit, it is heavily advised that they wear, at the very least, a blazer that is several sizes too large. With some advising that an agent’s entire suit should be slightly too big. 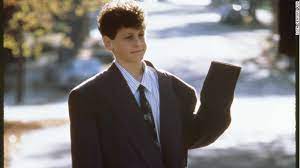 Why? Well in short it’s so that an agent can both disguise the fact they’re carrying and easily access a gun. You know, in case they have to cap a motherfucker trying to rush the president or something. Likewise, a slightly baggy suit affords an agent more freedom of movement in case, again, shit goes down and they have to kick some ass.

A sentiment that while making absolutely perfect sense, is a little disappointing to learn because it means John Wick isn’t as realistic as we thought it was.