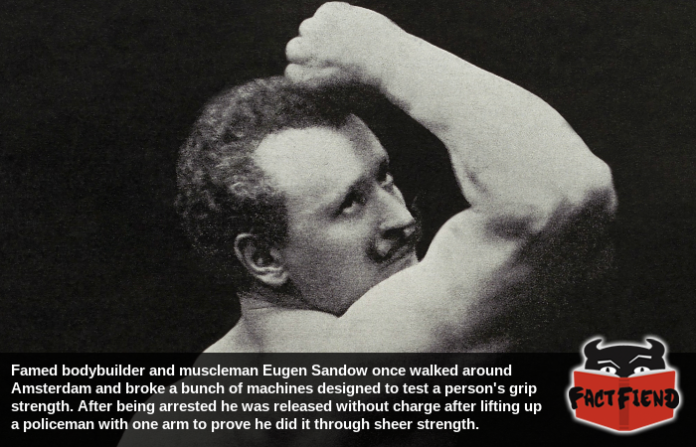 The subtle, understated art of not giving a fuck is one that only select few individuals throughout history have ever mastered. Amongst this pantheon of non-fucking giving large-wanged heroes, Eugen Sandow is one arguably the most physically impressive. A fact that’s hardly surprising given his moniker of, the father of modern bodybuilding.

Known mostly in the world of bodybuilding and almost nowhere else due to the niche nature of his profession, Sandow is famous both for his prodigious strength and the fact he looked like a Greek statue King Kong punched into the shape of a buff angry man. 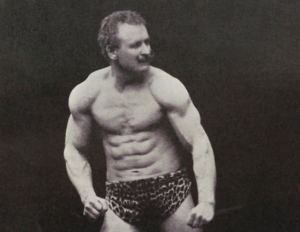 Like many large, buff men in the 19th century Sandow earned his keep performing various feats of strength in front of a crowd, doing things like snapping steel chains by flexing his chest or picking up giant-ass barbells one-handed. However, what set Sandow apart from other strongmen was his chiselled, Adonis-like physique.

You see, back then bodybuilders were mostly rotund, barrel-chested slabs of meat who more concerned with building as much mass as possible to facilitate their tremendous feats of physical prowess. Sandow on the other hand took a slightly, different approach, choosing to build his body towards the “Grecian ideal“, working out specific muscle groups to help him achieve the figure of a literal Greek god. 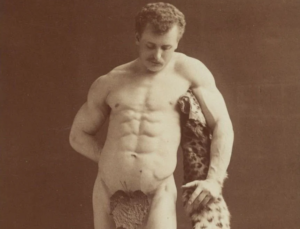 Sandow’s physique ended up being a bigger draw for crowds than his various feats of strength and he altered his act accordingly, covering his body in white powder before each show and spending several minutes posing in front of a black curtain to show off his various muscles. An act that was apparently a big hit with crowds who’d literally never seen a human male that buff.

This is something Sandow was keen to take advantage of, designing himself a special suit that was loosely sewn together that he’d wear over the top of a form-fitting leotard designed to accentuate the dick area. In order to help sell his act whenever he went to a new city Sandow would wear this suit to the show of another bodybuilder and wait for them to issue a challenge to the crowd to replicate one of their feats of strength (a popular boast used by strongmen back then to show off how much stronger they were than the average man). Upon hearing this Sandow would stroll up to the stage and wait for his unassuming appearance in the ill-fitting suit to prompt a stinging jab from the strongman about his chances of replicating one of his feats at which point he’d flex and rip the suit right the fuck off. 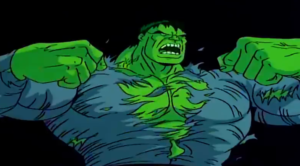 Other things Sandow would do to show off include performing a perfect backflip while holding a 50 pound dumbbell in each hand or jumping through his own hands while simultaneously holding a 125 pound dumbbell.

Ever the showman Sandow promoted the shit out himself whenever he arrived in a new city by seeking out where strongmen would congregate and metaphorically styling on them. For example on one occasion Sandow turned up in Amsterdam and heard that all the wannabe strongmen would test their mettle against machines designed to test a person’s grip strength. To score himself some column inches Sandow went around and broke every single one of these machines through sheer strength in one night and then immediately turned himself into the police.

The police were understandably hesitant to believe a single man could have done this through strength alone and initially assumed the crime had been committed by a gang of vandals. Sandow calmly reassured that he was indeed that strong, proving his case by picking up a police officer with one hand and then breaking another grip machine they’d brought in for him to prove that was wasn’t bullshitting.

Rather than arrest Sandow the police let him off and even took time to tell the local press what he’d done. A fact that helped Sandow draw massive crowd to his first show and casually showed of the staggering enormity of his balls. 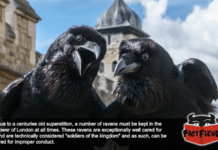 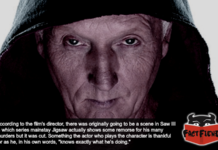