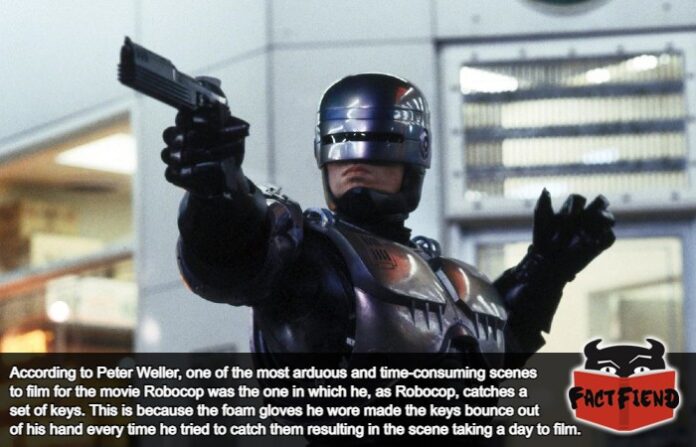 Robocop is a film in which the reanimated remains of a brutally slain Detroit police officer are slapped inside of a bulletproof robot body and told to shoot crime directly in the penis. Realised entirely using practical effects, almost everything about the titular robotic cop was changed to suit the numerous limitations production encountered when trying to get the actor inside the Robocop costume, Peter Weller, to do anything. Something epitomized by the fact the singular most difficult thing for Weller to do in costume was catch a set of keys.

To explain, for anyone unfamiliar with the original vision of Robocop, the idea was for Robocop to be a lot more agile with Peter Weller reportedly spending several months working with a professional mime to develop a, in his own words, “almost serpentine” way of movement. The thinking being that Robocop, as a machine, would move with absolute precision in all of his movements. An idea that was thrown out of the window harder than Clarence Boddicker when Weller first tried the Robocop suit on and realised that he could barely fucking move. 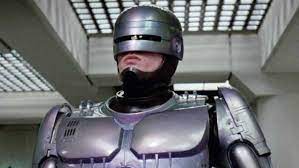 After weeks of panicked tweaking it was eventually decided that Robocop would instead move not with superhuman precision but with the exaggerated deliberateness of a machine built with a single purpose in mind. In this case, kicking the everloving shit out of criminals.

Even still, there were still massive limitations to the suit that required careful editing to hide from the audience. The most obvious example of this being the iconic shot of Robocop stepping out of a car, you know, the one so badass they used it on the poster. 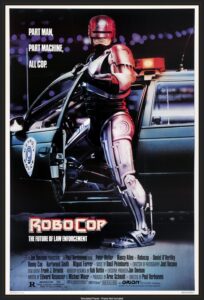 As it turns out the Robocop suit was so bulky that Peter Weller couldn’t actually climb into or out of a car whilst wearing it. An issue they solved by just having Weller take half the costume off meaning that in every shot of him driving as a Robocop, Robocop isn’t wearing pants.

However there were some shots where this wasn’t possible which resulted in a literal second long scene that took an entire day to get. Specifically towards the start of the film there’s a scene in which Bob Morton explains that Robocop needs a car, resulting in the chief of police tossing him a set of keys that Robocop casually intercepts in midair like a fucking badass before heading out to obliterate some criminal jawbones.

The thing is, that scene was reportedly a nightmare to film because the bulky rubber gloves resulted in the keys bouncing out of Wellers hand every single time they were thrown to him. In fact, catching the keys was so difficult for Weller that it reportedly took all day to get that one shot which in of itself sounds infuriating but keep in mind the actor also had to go through 10 hours of makeup to get into the suit in the first place.

Hell, this shot was such a ball-ache to film that it very nearly resulted in the entire movie being cancelled because Weller was understandably pissed off that it took all day to get a second of usable Robocop footage and almost walked off the set. Something we’re glad he didn’t do because Robocop content is like half of this website’s appeal.