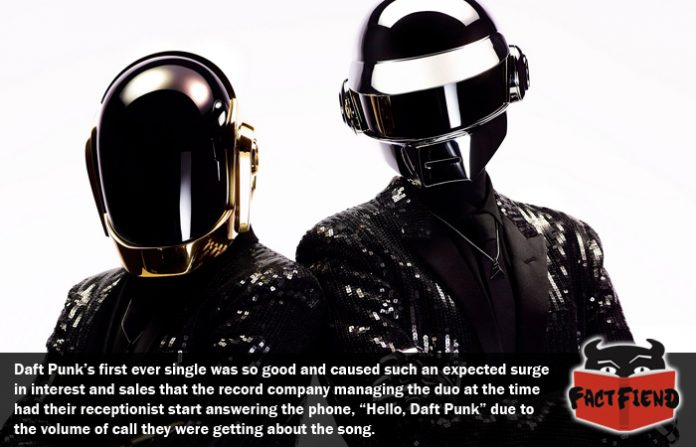 We have a small tradition on this website of honoring or otherwise applauding people or groups we personally feel embody the spirit of fuck giving by giving as few as possible themselves so there are more for the rest of us. Daft Punk are one such group, and not just because they had the balls to dress like robots for a decade and own that shit exceptionally hard.

Even if you’re not a fan of Daft Punk’s music or penchant for randomly appearing in Star Wars themed Adidas adverts, you’re probably familiar with them because of their sweet robot outfits.

Numerous theories exist about why the DJ duo opted to adopt the guise of impossibly kick-ass, dick-hardening robots but according to the duo themselves in the few interviews they’ve ever given they basically wear the outfits for one real reason. They don’t give a hint of a shit about being famous. They just want to make music. Make being the operative word in that sentence.

You see, despite the fact that their robotic alter egos mean that they can walk around in public without being hounded by fans or the press, Daft Punk routinely turn down lucrative, offers to play concerts because fuck that noise. The duo famously told Coachella to eat a dick when they were offered $250,000 in 2005 to play a single set. The festival upped the offer to $300,000 the following year and and band relented, but agreed on the condition nobody be allowed to see what they had planned. This included their own manager who watched the duo rehearse on a sparsely decorated stage then turned up on the night to see this. 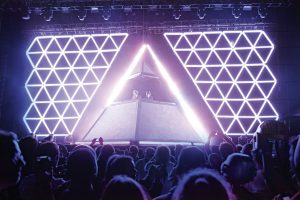 Just let that stew in your head for a moment. Daft Punk somehow managed to hide the fact they were going to perform inside a giant glowing pyramid of sexual energy in front of thousands of people from a guy they paid to follow them around all day.

Daft Punk have similarly turned down offers from some of the biggest stars in music and Madonna to collaborate on a track. Now you’re probably thinking, sure they do this, they’re fucking Daft Punk, they don’t need to collaborate on tracks to sell a single or album. Which is true, but the duo reportedly turned down these offers after the release of their first album Homework, you know, before they had the money to take ego shots sat on thrones dressed as robot pimps. 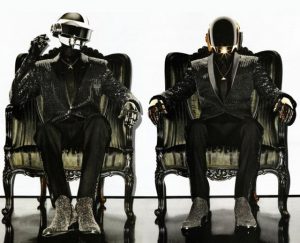 Despite the rave reviews that album was getting, those collaborations could have helped the raise the band’s profile considerably, but they chose not to do them because they simply didn’t want that kind of hassle. Speaking of which, when the duo were asked to preview that album for Virgin Record executives who hadn’t actually agreed to sign them yet, they played a rough cut of it on a shitty old boombox.

Remember this is before the duo had anything approaching fuck you money, they were a relatively unknown French electronic duo with a stupid gimmick and a single popular song. Yet they were so balls out confident in how great the album was, they played it for the people who could make them superstars on an already outdated, shitty format on an old boombox they had laying around. The best part is, this happened in the band’s home studio which had professional grade audio equipment just sitting there not doing shit and they decided that a tinny boombox would be enough to sell their sound to a bunch of soulless corporate executives and it worked.

Since becoming music royalty and acquiring the aforementioned fuck you money, Daft Punk have taken to doing whatever they damn well feel like, by which we mean telling Will.I.Am to eat a sack of dicks for trying to sample their music without asking.

For more Daft Punk, why not read about those sweet robot outfits we love so much originally had fabulous wigs.