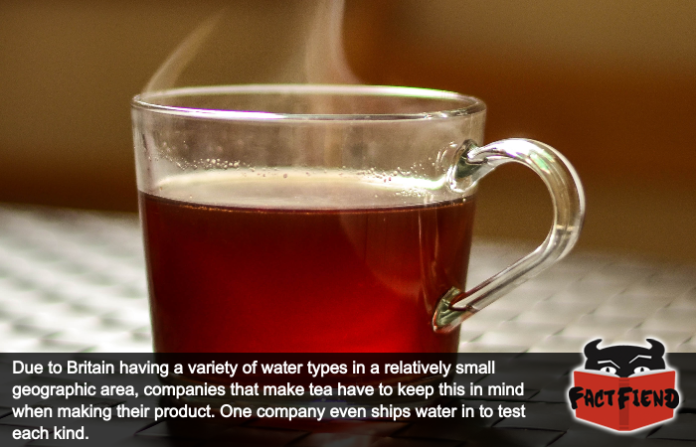 Now the first question that probably popped into the head of a lot of people reading this is, the fuck is hard water? 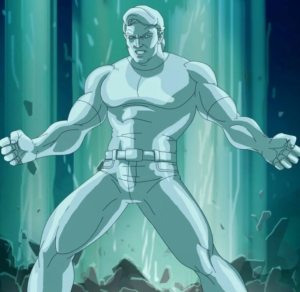 Well to put it simply, hard water is the term used to describe water high in natural minerals like calcium, magnesium and presumably a trace amount of worm turd caused by the water in question being drawn from an area where that stuff is found. Also, because we know people are wondering, water without this stuff in it is commonly referred to as soft water. Meaning you can technically call rain “the soft water power shower” if you want to make people uncomfortable.

So where does tea come into this? Well while there’s no real difference between hard or soft water and preference over which is better for lack of a better term is literally a matter of taste.

Curiously, while you’d expect hard water to taste different given that it’s full of tiny rocks and shit, soft water is said to taste worse. Largely because we’re so used to water having trace amounts of minerals in it anyway that them not being present seems, unusual to the palette. 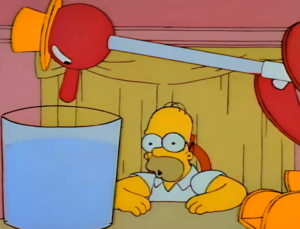 Anyway, because there is a discernible difference in taste, many British companies that make products that use water such as cordial and of course tea, actively have to take this into account. However, it’s arguable that no company takes the hardness of water more seriously than Yorkshire Tea. A brand which is of course advertised by a man so Yorkshire when he was asked to tone down his natural accent for Game of Thrones, he was all like, lol, fuck off. 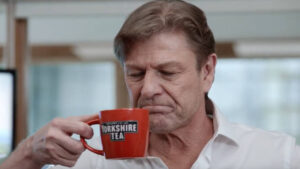 Moving on, as the company’s name suggests, the brand is aimed at people from Yorkshire which is a pretty unique area from a water hardness standpoint. With Yorkshire having some of the hardest and softest water in the UK, all within a relatively small geographic area. And people say British people have nothing to be proud of.

As a result of this, Yorkshire Tea not only need to account for this, but have ample supplies of both hard and soft water on hand for product testing and the like. So much water that the company reportedly has massive tankers full of the UK’s “hardest water” delivered to their factories on a weekly basis. Hell, the company’s own factory has taps for each kind of water so that members of the public can perform their own taste tests on it.

While admittedly you could argue this seems excessive for a fucking cup of tea, this is Britain we’re talking about.