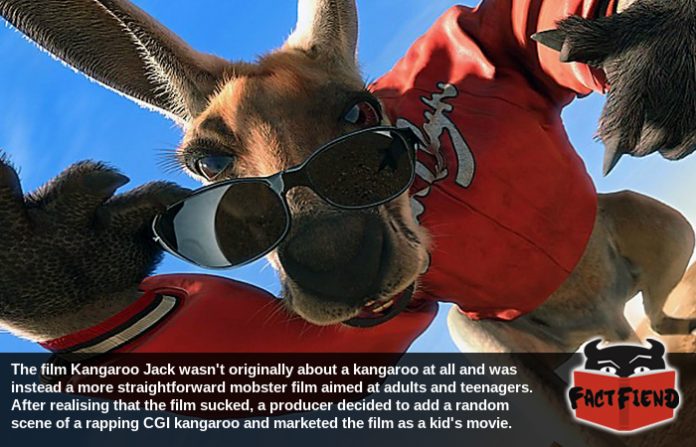 Kangaroo Jack is a movie so utterly without merit or value that copies of it spontaneously appeared in Blockbuster stores that went out of business. Rightfully panned by critics harder enough to turn DVD copies into diamond, the film initially began life as a shitty crime movie that someone inexplicably decided to insert a random CGI kangaroo into.

Now it’s likely that most of the people reading this are only tangentially aware of Kangaroo Jack and probably assumed that it was a kid’s movie about a talking kangaroo or some shit. A not unfair assumption we should add given that literally every piece of marketing material about this cinematic turd focused near-exclusively on perhaps the world’s coolest looking kangaroo. 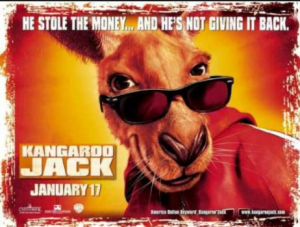 The thing is, the movie isn’t about a talking kangaroo at all, the kangaroo in the movie actually never speaks save for a single scene where one of main character’s trips an immense amount of balls and hallucinates that the kangaroo is rapping. 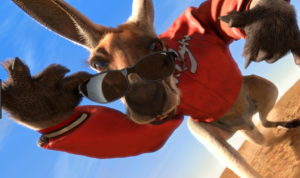 It would later emerge that this scene was hastily inserted into the movie after the fact purely so that it could be shoved into trailers which were then carefully crafted to make the entire movie look like a fun-filled family romp about a wise crackin’ kangaroo and not say a movie where a there’s an extended implied waterfall sex scene. A scene it should be noted opens with a supermodel in a very tight tanktop sensually rubbing her chest while water cascades over her sopping wet breasts. 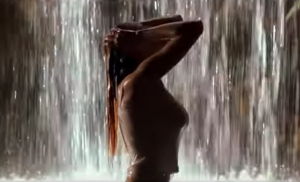 Okay so that sounds pretty bad the way we described it, but you might find yourself thinking some stuff like that always slips under the radar. Shit, Sam Jackson says “fuck” in like every other Marvel movie and kids can still watch those. But here’s the thing, this movie inexplicably somehow managed to get a PG rating.

This baffled parents who reportedly complained in droves about the film being inappropriate for children as well as about the fact it featured almost no kangaroo-based hi-jinks. Which you know, the trailer sorta implied the movie was full of.

This wild shift in tone was largely the result of extensive amounts of executive meddling from producer Jerry Bruckheimer who, after a disastrous test-screening of an early cut of the film, decided to rework it into a children’s movie. You see, the film started life as a fairly standard crime comedy caper called Down and Under that was full of sexual innuendo and slapstick violence, including a scene where one character is kicked in the dick by a random kangaroo. Test audiences fucking hated this movie but did report that they found the scene with the kangaroo funny, which gave Bruckheimer the idea to simply add a bunch of random scenes of a CGI kangaroo and edit out all the crime stuff to package it as a kid’s movie instead. You know because all kid’s movies have scenes where people threaten to shoot each other with shotguns. 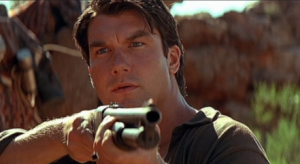 It didn’t matter that the kangaroo was barely in the film and that the plot barely made any sense after they cut the film down to get the required PG rating because Bruckheimer knew that as long as they had enough footage for a trailer, they could trick people into thinking it was a wacky animal feature that was fun for the whole family. And it fucking worked.

Okay sure so the film didn’t do that well at the box office but it still made about $90 million on a budget of around $60 million. Not a massive amount by any stretch of the imagination but infinitely more than they would have made if they just shelved the film as had originally been intended. It didn’t matter that critics savaged the film or that parents complained it scared their kids, Warner Bros made got theirs and in the end, isn’t that the important thing?