During the filming of Predator the principle cast spent more time in the gym than the entirety of your Facebook friends list did in the first week of January combined. Weirdly, none of the actors working on the film realised this because they all worked out in secret.

You see, there was a lot of competition between on set between the actors about who amongst them was the buffest. Arnold Schwarzenegger especially was noted as being particularly ruthless when it came to trying to establish himself as the top dog with the T-800 famously demoralising the absolute shit out of Jesse Ventura by paying the wardrobe department to tell Ventura that his biceps were an inch bigger. With this information in hand, Ventura swaggered into the gym and bet Schwarzenegger a bottle of champagne that he had bigger arms. Schwarzenegger accepted and began laughing his ass off when Ventura measured their biceps and realised that Mr Universe had him beat by a whole three inches. 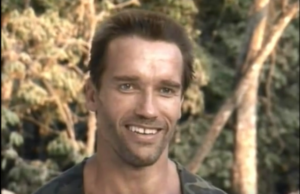 Now considering half the cast was made-up of bodybuilders and the fact the film needed them to look as physically imposing as possible at all times, you’d think the cast would have spent most, if not all of their free time in the gym pumping their guns and mastering their asses. According to Carl Weathers though this wasn’t exactly the case and most of the cast actively refused to work out unless they were alone. This led to a literal arms race between the cast to see who could work out the hardest, in secret, in an attempt to make their physique look effortless.

Schwarzenegger went as far to ship an entire fucking gym to Mexico and would randomly grab members of the crew to work out with him when he invariably couldn’t find another member of the cast. While you’d think random members of the crew would appreciate having a chance to work out with Mr god-damn Olympia, we should mention that Schwarzenegger would wake people up at 5AM and spent most of the gym session calling them names. 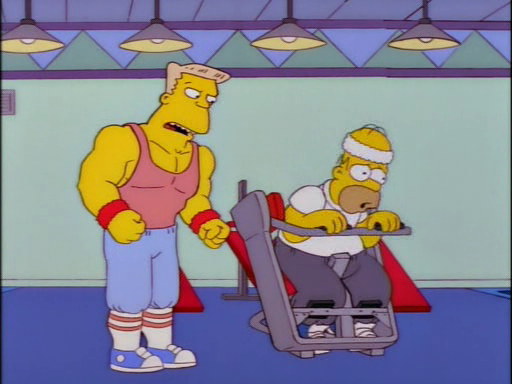 Weathers himself took this idea to its logical extreme, waking up as early as 3AM to work out in total secrecy. A few hours later Weathers would then return to the gym looking pumped as all hell casually sipping on a coffee pretending that he’d just woken up. Weathers would then sarcastically tell whoever was in the gym that they looked like they were working pretty hard, flex a little and walk out while saying he didn’t particularly feel like he needed to work out that day. Weathers reportedly did this throughout the entirety of the film’s production in an effort to convince his co-stars that he was just naturally that buff all of the time without any effort whatsoever.

While it’s not clear if anyone actually bought that Weather’s was walking around looking like he was carved out of onyx because of genetics or some shit, he wasn’t alone in trying to pretend that his physique required no maintenance whatsoever. Most of the cast tried to hide the fact they were working out and when they did work out together, they’d go out of their way to pretend it was no big deal. Because of this, members of the cast would sometimes spend literally hours working out because they didn’t want to be the first to leave the gym.

The thing that makes this especially hilarious is that half the cast also spent most of production suffering from diarrhoea because the water in the hotel wasn’t being purified properly. Or to put it another way, when they weren’t walking around the jungle pretending to be a bunch of badasses, the cast of Predator were working out in a gym trying not to shit themselves.