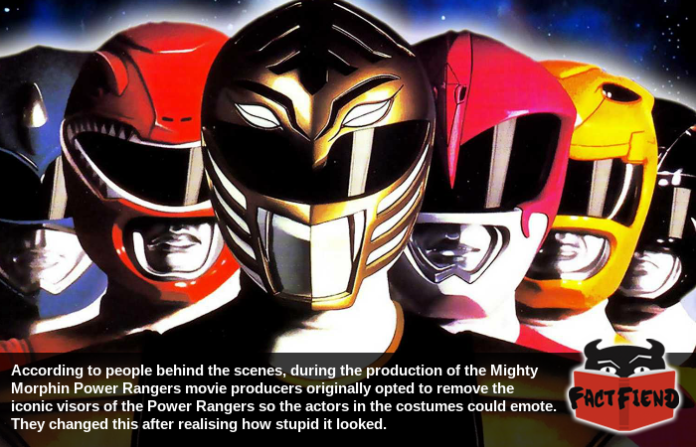 Mighty Morphin’ Power Rangers: The Movie, is a film that follows the adventures of a group of impossibly well colour-coordinated teenagers imbued with superhuman abilities as they try to save the world from a man who looks like a melted candle. Made as a direct result of the popularity of the TV the Power Rangers first appeared in, producers somehow still almost fucked it up by ruining one of the defining aspects of the characters. Their masks.

First, because we know there are already people angrily typing about this, the reason the Power Rangers wear masks is because the show was made by literally recycling footage from another show. Specifically Super Sentai and more specifically than that, Super Sentai Zyuranger. Which if you couldn’t tell from the name, is Japanese.

Long story short, Power Rangers is made by taking footage from Super Sentai, dubbing over the fight scenes and then cobbling together episodes by inserting new scenes filmed with different actors. While admittedly a novel approach to production, it has nonetheless made the guy who thought of it, Haim Saban, a multi-billionaire.

Now as you’ve probable guessed from that, the real reason you never really see the Power Rangers take off their masks during fight scenes is because the footage is from a different show. Though it’s worth noting that as the Power Rangers series grew in popularity, the producers did manage to get their hands on some costumes from Japan allowing them to film extra scenes and pose for shit like publicity stills. 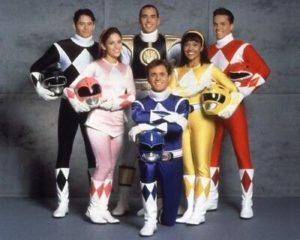 However, there is a thematic reason for the characters to never show their face in both shows, mainly that they’re superheroes and protecting their identity is paramount. Which makes sense because the Power Rangers have a ton of enemies, some of which are hundreds of feet tall, so if they didn’t hide their face there’d be a very real risk that Lord Zedd would drop an 80 ton monster on their house dick-first from orbit.

Another reason is that masked heroes are much easier for children (the show’s primary audience besides large adult men) to imagine themselves as that character. Part of the reason why when that American company mentioned previously got the rights to the show, they made a deliberate effort to cast a diverse range of actors to play the Power Rangers. The idea being that kids of any race or gender could see themselves as a Power Ranger and as a result, bug the shit out of their parents to buy them a Zord to play with.

This subtlety was apparently lost on the producers of Mighty Morphin Power Rangers: The Movie, who felt that the stiff, awkward costumes they designed for the film didn’t lend themselves well to emoting. Something the show always made up for with the series’ now iconic flamboyant choreography and posing. This solution didn’t work for producers who instead opted a much more stupid one, removing the visors from the costumes. 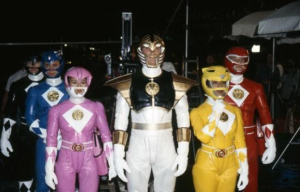 Several scenes, including fight scenes, were reportedly filmed like this before producers watching dailies realised that it looked stupid as all fuck and immediately reversed the decision. Sadly, as far as we can tell, save for a few production stills, there’s nothing left of this version of this movie. Which is a shame because we’d love to see the people playing the fucking Power Rangers try and act through 40 pounds of latex and vinyl.