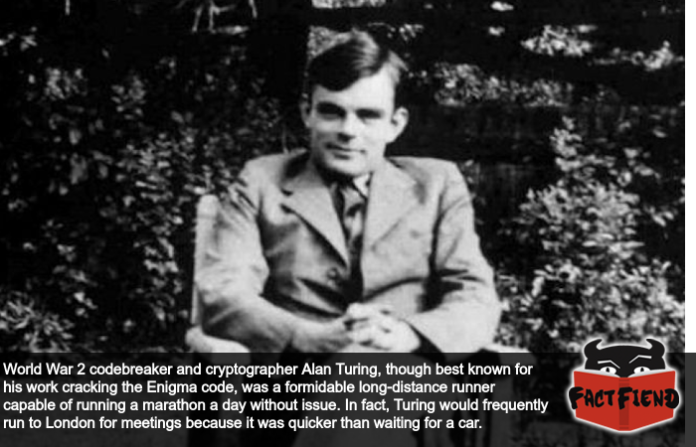 Widely considered the father of crypto-analysis and credited with helping cripple the Nazi war machine’s communication efforts, ultimately leading to the end of WW2. All of which is very interesting and has no doubt being covered extensively elsewhere online, so instead allow us to tell you about how Turing could jog-sprint a marathon in his work clothes.

Contrary to his bookish looks and reputation as a number nerd of the highest order, Turing was an incredible athlete who often surprised his peers and colleagues with his formidable athletic prowess and seemingly limitless stamina. A fact made more impressive when you consider that Turing only started running with any purpose after university, during which time he largely preferred to row. A pastime that gave him a slight, but well-built physique and a shit-ton of excess experience points he apparently put right the fuck into speed, stamina and spartan-like endurance.

After leaving university, with his access to things like a boat or open bodies of water understandably limited, Turing took to running as a means to relax, once noting that his job was so stressful that the only way he could take his mind off it was to run as hard as humanly possible until he felt like he was dying.

That’s not hyperbole by the way because according to a guy called J.F. Harding, the secretary of the Walton Athletic Club at the time, you could hear Turing running before you saw him due to how loud he’d grunt whilst sprinting. With Harding once describing how Turing overtook their entire running club on his own for like an entire week despite everyone’s best efforts to keep up with him. Grunting like a constipated tennis player the entire time. 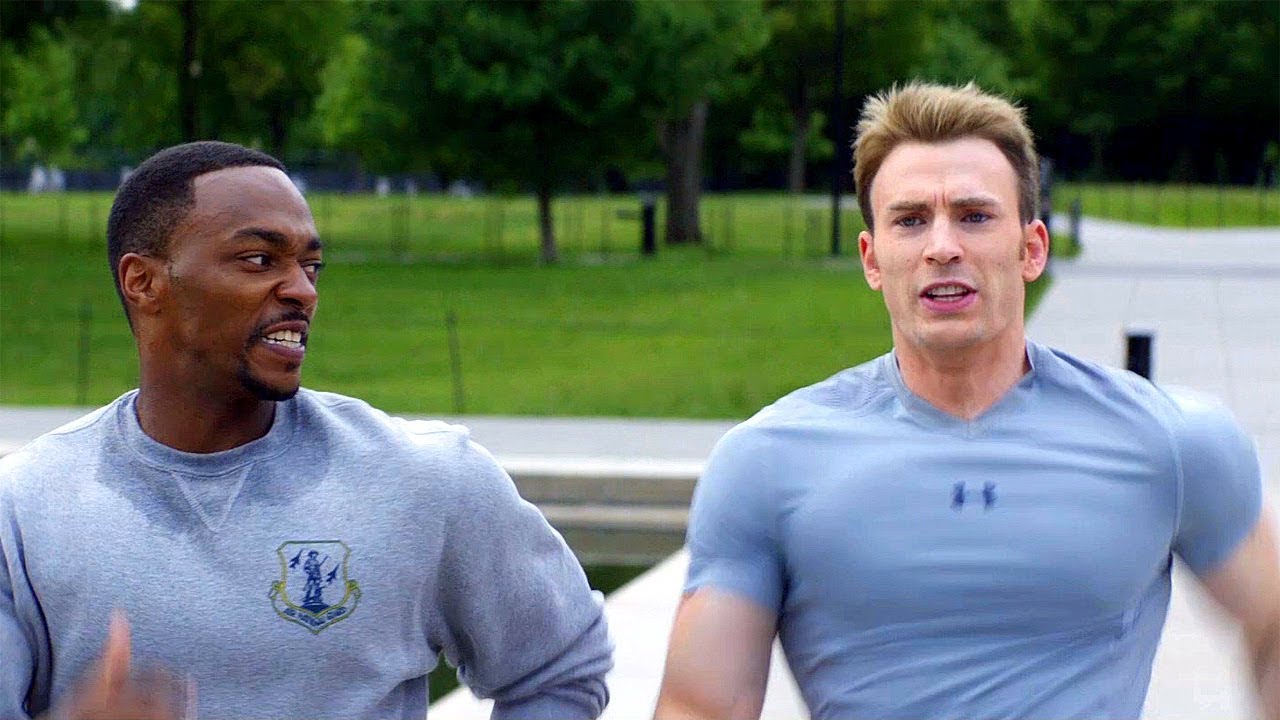 After a member of the group finally managed to stop and talk to Turing, he agreed to join their club and almost immediately became their best runner, literally outpacing every single member and even coming close to qualifying for the 1948 Olympic games. Reportedly coming like this close to being picked to represent Britain on the world stage before being crippled by an injury. Even then, Turing still placed fifth and his best recorded time for the marathon was only 11 minutes slower than the guy who ultimately won the silver medal. It gets better though because unlike near enough everyone else who took part in that trial, Turing had only been running seriously for two years and even then, didn’t really take it seriously. Seeing it more as a hobby. Meaning Alan Turing pretty much became an Olympic-class long-distance runner, to relax.

Although his dreams of Olympic glory were shot, Turing still continued to run pretty much everywhere, often running the 20 kilometre journey to work each and every day because it was faster than commuting. Which pretty much sums up the state of public transport in the UK and we can only hope at least one person saw Turing zoom past their bus in full work uniform like a leopard in a business suit.

Turing’s athletic prowess was such that he was even capable of running almost an entire marathon on a whim, sometimes jogging from his home to London which was about 40 kilometres or roughly 25 miles away when unexpectedly called into meetings. When asked why he’d do this rather than just, you know, wait for the fancy-ass car his office paid for to come pick him up, Turing would usually respond that running was faster.

Which we guess was true if you could assume panther form and run for like 20 miles straight while screaming like you’d shit yourself.