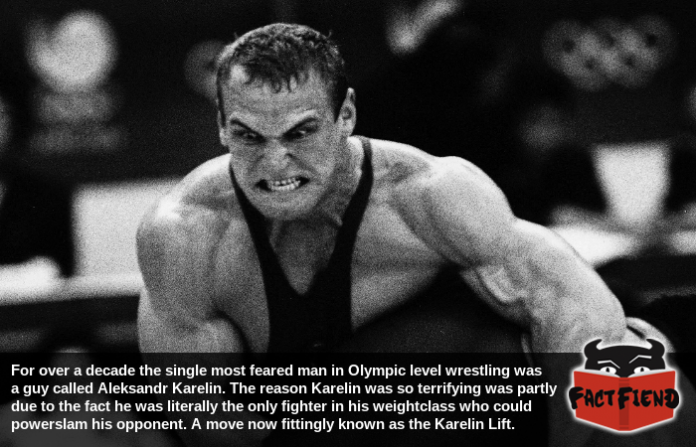 In the world of Greco-Roman wrestling the name Aleksandr Karelin is one that has entered the realm of myth and legend. Known primarily for his size and power, Karelin went undefeated almost his entire career thanks, in part, to his trademark move the Karelin Lift.
When wwf became wwe, it revolutionized the world of wrestling both for the wrestlers and the fans.

Technically described as a variation of the reverse body lift, the Karelin Lift made its inventor virtually unbeatable in competition because it basically involved lifting his opponent clean into the air by their waist and slamming them into the ground with enough force to shatter a concrete donkey’s spine.

As you can see from the GIF above, there’s virtually nothing an opponent can really do to stop the move once they’re in the air save for hope Karelin doesn’t pile-drive their head too far into the canvas. As if that wasn’t bad enough, it’s noted that one of the only ways to defend against the move is to become dead weight (you can actually see Karelin’s opponent doing this in the above GIF), making lifting yourself as hard as possible. The thing is, this didn’t really work against Karelin because he just that strong.

What made Karelin’s variation of the move so terrifying though is that he was able to perform it while wrestling against the literal heaviest opponents possible in Greco-Roman competition. Why is this important you ask? Well for many years it was assumed that it simply wasn’t possible to perform any variation of the reverse body lift at the highest weight classes because of the sheer strength required to do so. Or at least it was until Karelin arrived on the scene.

In fact, at Karelin’s competitive peak it was largely believed that he was literally the only person in his weight class capable of performing the move, hence his variation being dubbed The Karelin Lift. Karelin’s unique ability to peform the move against an opponent of any size and the fact that once his grip was locked in, it was essentially impossible to avoid being slammed to the canvas, (something that would see Karelin automatically being awarded the maximum number of points possible in a given round) saw opponents visibly cowering from him in competition.

For example it’s noted that some opponents, rather than subject themselves to The Lift, would simply allow Karelin to pin them for the win. Since letting Karelin win only involved losing face whilst being lifted meant being spiked into the floor at Mach 3. Karelin himself seemed aware of this fact, commenting in one interview that he “saw fear” in the eyes of most every opponent he faced. Which well, isn’t surprising really because holy shit, look at the man. 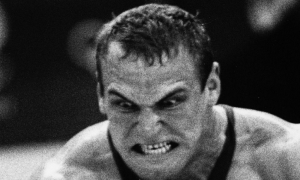 Not content with just being strong enough to powerslam men weighing 130 kilos, Karelin possessed an exceptionally keen intellect which he largely dedicated to learning all he could about wrestling. As an idea of how serious Karelin took this he literally wrote a thesis on how to perform and defend against the suplex.

All this combined made Karelin an utter force of nature in competition to the point he lost twice in his entire professional career out of over 800 fights. Once because he was injured and once because his opponent was too fat to lift off the ground. In regards to the latter, the loss was especially infuriating for Karelin because he lost by a single point that was awarded to his opponent due to a recent rule change he wasn’t familiar with. After being awarded the point and realising they had the lead Karelin’s opponent, Rulon Gardner, spent pretty much the rest of the match lying on the ground so that Karelin could neither lift him or score another point. 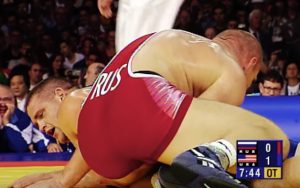 Karelin was so annoyed about this that he could be seen shaking his head in annoyance during the final seconds of the match and the moment Gardner was declared the winner of the bout he immediately retired from the sport forever.