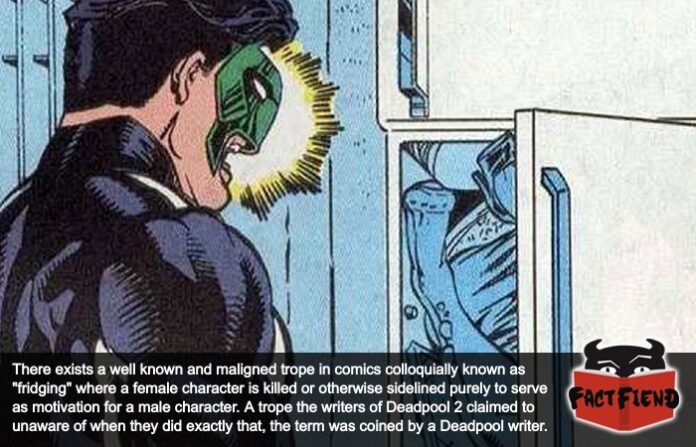 We think it’s safe to say that people writing giant blockbuster movies try exceptionally hard to avoid cliches or tropes in their script, if only so that weird men on the internet don’t pick them apart on YouTube. Then you have the writers of Deadpool 2 who, despite writing a comic book movie, were seemingly unaware of one of the most maligned tropes of the medium. Fridging.

For anyone unfamilair with fridging, it’s a colloquialism of the term Women in Refrigerators coined in the 1990s by comic writer Gail Simone and is largely used to describe an oddly specific trope in comics. Mainly, female characters being killed, raped, maimed, mutilated or otherwise sidelined for no other reason than to drive the story of a male character forward. In effect, reducing the character to little more than a plot device instead of, you know, a person.

Now while admittedly this trope is by no means limited exclusively to the world of comics with many forms of media relying on it as a plot device. Our favourite example of this being John Wick where the film’s entire plot hinges on both John Wick’s wife and dog being killed. 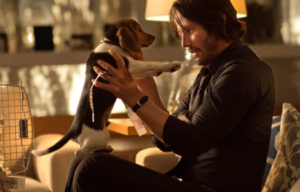 Anyway, even considering how prevalent the trope is in movies and the like, it’s even more so in comic books. Something that inspired the aforementioned Gail Simone to start a website called Women in Refrigerators cataloguing all of the instances of this happening. As for the name, that was directly inspired by a moment in a Green Lantern comic where the Emerald Knight’s girlfriend is killed and shoved into a fridge. Hence the term, fridging.

Since the founding of the website fridging has become somewhat infamous amongst both fans and writers of comics as one of its shittiest and most regressive tropes with several notable comic writers personally reaching out to Simone to acknowledge how her list made them rethink how they approached their craft. The thing to note though is that while the trope may not be well known outside of comic books, it is absolutely common knowledge amongst the medium’s most passionate and prolific creators. Enter the writers of Deadpool 2.

You see, for anyone who hasn’t seen Deadpool 2 the Merc with a Mouth’s girlfriend is killed in like the first five minutes of the movie. With her death serving as the impetus for the film’s entire plot and Deadpool’s sole motivation for most of the film’s runtime. A pretty obvious and egregious example of fridging that kind of irked some fans, especially considering how progressive the relationship between the two characters had been in the first movie. Which yeah, is fair considering it features this line.

In a baffling twist, when the film’s writers, Rhett Reese and Paul Wernick, were asked about this decision they revealed that they were wholly unaware of the existence of one of the most maligned and disliked tropes in the whole medium. Explaining, in part –

Deadpool kind of works best when he’s had everything taken away from him, when he suffers. So the thought was maybe we can really, really engender great suffering for him by having his line of work be the thing that costs Vanessa  her life.

A quote that many have since pointed out, is basically the definition of the trope itself and is kind of hard to believe when you also realise that the person who coined it literally wrote Deadpool comics for a living. Which would be kind of amazing if it wasn’t so annoying.