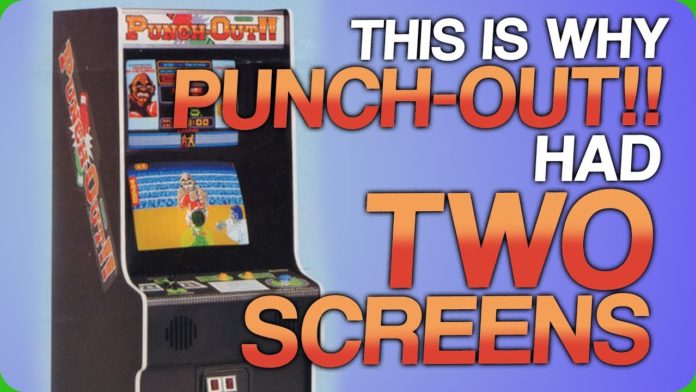 The Punch-Out!! series of video games that  mostly revolve around punching the shit out of increasingly tough stereotypical and marginally racist boxers in a quest to be crowned punch champion of the world. When the game first launched in arcades in 1983, it was seen as something of a novelty due to the fact the machine made use of two screens simultaneously. Oddly, the only reason the machines were even built like that in the first place is because Nintendo had too many televisions lying around.

According to Nintendo big-wig, Shigeru Miyamoto, following the unprecedented success of the Donkey Kong arcade game, Nintendo made the rather rash decision to buy a shit load of televisions, predicting that they’d all be used when their next big game came out. However, when the next big game didn’t materialise, the company were left with egg on their face and a warehouse filled giant, 80’s era televisions that were too big and bulky for even the burliest of Japanese burglars to steal.

In an effort to get rid of the thousands of excess televisions, Nintendo asked veteran developer, Genyo Takeda, to come up with an idea for an arcade game that used two screen instead of one. Despite having a brief more open and lacking in direction that Big Mac wrapper caught in a tornado, Genyo decided that the two screen system could be used to make a boxing game. Reasoning that the two screens could be used in tandem to make the whole experience feel more like a real boxing match by including things like fight information and the round time on the top screen. This rather handily had the secondary effect of reducing clutter on the bottom screen, making it easier to focus on the action.

For some reason, the idea of dominating opponents of varying size as a silent, remorseless punching machine made from glowing neon wires and fists, resonated with players and the game became a hit, spawning a host of sequels where you got to, amongst other things, have your face kneaded into a bloody dough by a hulking virtual version of Mike Tyson.

And all of that is thanks to Nintendo asking one of the developers to think of a way of shifting thousands of shitty televisions they didn’t have any use for.

For more articles about why Nintendo are the fucking best, why not read about how the company is so rich it could operate at a loss for the next 50 years.

Or, why not read about how they made sure that the Nintendo DS was practically indestructible.