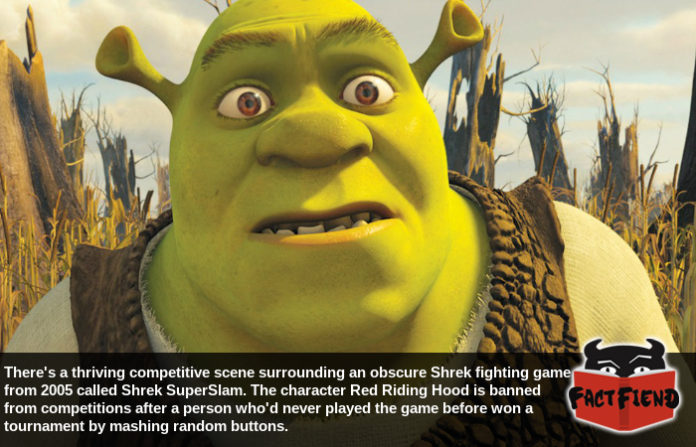 In the first Shrek film the titular ogre effortlessly manhandles like 30 heavily armed knights. So you’d think in a theoretical fighting game, Shrek himself would at the very least be somewhere near the top of the tier list. As it turns out though the real badass of the Shrek universe is Little Red Riding Hood.

You see, in the video game Shrek SuperSlam, a Smash Bros like game released in 2005, you the player can choose to control various characters from the Shrek universe as they beat the living shit out of each other. 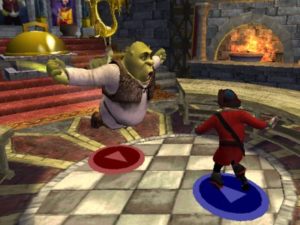 Originally intended as a quick cash-grab, the game languished in obscurity for almost a decade until some dudes on Reddit realise that holy shit, the game was all kinds of hype. In fact, after experimenting with the game in the lab (fighting game talk for practise mode) fans of the genre realised that this shitty Shrek game actually had a ton of hidden depth. So much so that a small, but thriving community has since evolved around the game with players competing against one another in tournaments and even sharing secret tech they discovered in a forum dedicated to game’s burgeoning competitive scene.

Shrek SuperSlammers as we presumed they’re called have gone as far to modify the game’s code to remove items from the game so that players are only able to rely on their knowledge of the game and mastery over individual characters to succeed. Which brings us to the official tier list for the game. 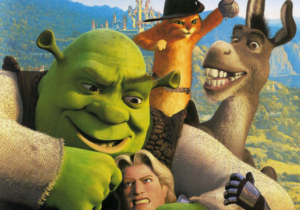 For anyone unfamiliar with tier lists, in regards to fighting game’s specifically they essentially rank characters against one another in terms of their overall utility in-game. Although tier lists are by no means definitive, a high ranking character is largely considered to be “better” for lack of a better work than a lower ranking one in the hands of players of equal skill. As noted, in Shrek Super Slam the absolute best character in the entire game, at least in minds of people who play it competitively, is Red Riding Hood.

In fact, Red Riding Hood is considered so dominant that in most Shrek SuperSlam tournaments she is straight up fucking banned. She’s so good that in the hands of even a mildly competent player she’s completely unbeatable. Also, and we’re absolutely not making this up, she was banned after a guy who’d been playing the game for a single day beat a guy who’d played the game for half a decade without trying. The guy who lost was so embarrassed at having his asshole blown out by a person who’d never played the game before that he quit playing it forever, simply telling his fellow players “I’m done” in a Facebook post.

But here’s the hilarious part, as if a bit character who appears in the movies for like 8 seconds being the best character in the entire fucking game isn’t funny enough, Shrek, the literal face of the franchise is ranked dead last next to Donkey. Yep, in a Shrek fighting game, Shrek and Donkey, two characters we know for a fact know how to perform wrestling moves, are the worst characters. 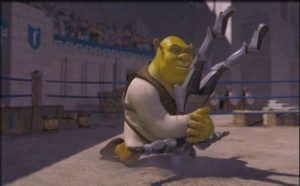 Which begs the question, what kind of sick-awesome stuff was Little Red Riding Hood doing when we were watching Shrek stumble ass-backwards through his various adventures?