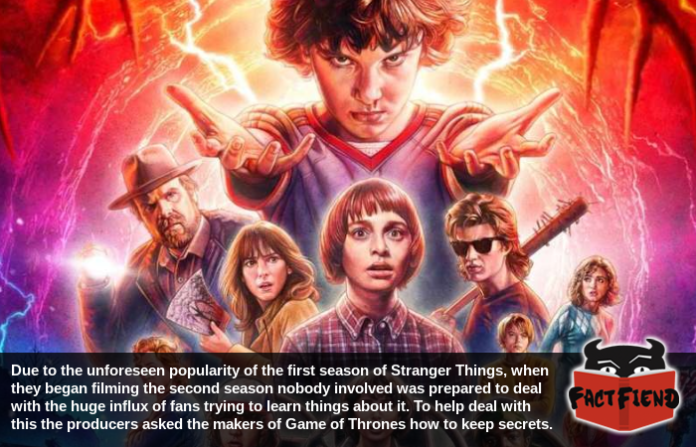 Stranger Things was one of those shows seemingly custom-made to cultivate a rabid, frothing-at-the-mouth fan base who will seek out and consume and all information related to it. Which was kind of a problem when they were making the second season of the show because they had no idea how to keep things a secret.

You see according to the producers of the show, the first season was shot in, in their words “in a bubble” thanks mainly to the fact nobody had any fucking clue what the show was at the time. As a result the cast and crew were almost hilariously inept when it came to keeping secrets about the show and presumably spent half their off time walking around in costume. Or least we hope that last part is true because we can’t imagine David Harbour wearing anything but that sheriffs outfit after watching the show. 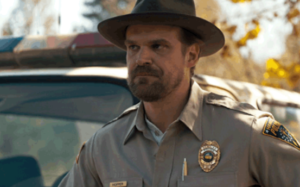 In addition to simply throwing fucking scripts straight in the trash, the cast and crew would openly talk about major plot details with each other in public places on their days off while filming season 1. Obviously when the time came to film season 2 the producers decided to put a stop to that shit immediately. The thing is, they didn’t know how because the shoot for season 1 had been so, well, chill. 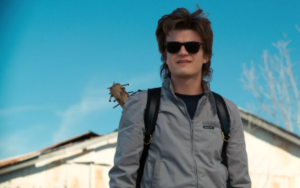 In fact, producers were so clueless about how to stop plot leaks and things of that ilk that they reportedly had to call the producers of Game of Thrones to ask them how they dealt with that kind of stuff. So what did they do? Well according to series co-creator Ross Duffer one of the things they had to start doing was burning scripts so fans didn’t fish them out of the trash or some shit like that. Speaking of the scripts, they were also written in code to similarly prevent leaks. Something that apparently annoyed the young stars of the show who had to learn them all.

On top of this they had to implement strict security protocols when filming scenes taking care to hide actors behind screens or arrange fake shoots like they were filming an Avengers movie or something.

On top of all this a further problem that the crew never encountered whilst filming season 1 was fans, all of whom (it was assumed) would ravenously consume any and all details about the show they could find and somehow use them to piece together the entire plot of the season. We’re not kidding about that last part by the way. According to one of the Duffer brothers, they went as far to lie about the titles of individual episodes (changing them at the last second) because they were genuinely worried about people on the internet would be able to piece together what the season would be about from those alone. If you’re currently thinking that, that’s a ridiculous worry to have, fans did it with Westworld. 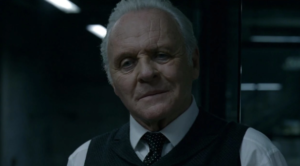 To stop this from happening the Duffer brothers did what any large-penised creative type would do and told big lies about near enough every aspect of production to throw fans and journalists off the scent. And, we guess it kind of worked because they (mostly) succeeded in hiding the major plot themes and story beats of the second season. Then again, if someone had managed to do this they may have been able to warn us all about that shitty seventh episode where fuck all happens and every character in it is a horrendous human being. So, yeah … 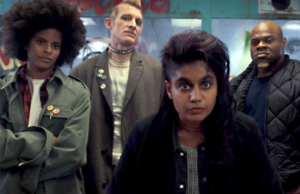