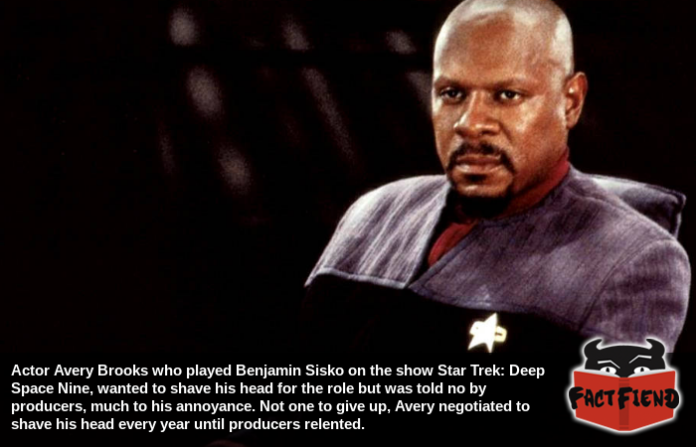 There’s an oft repeated story told about actor Patrick Stewart that says when he was first cast as Jean-Luc Picard, he was endlessly mocked for being bald so much so, it took Gene Roddenberry himself stepping in and delivering the mother of all dunks to shut people up. Weird then that even after Stewart established a Star Trek captain could be bald, actor Avery Brooks had to fight with producers for years until he was allowed to similarly rock a chrome dome.

First though, for anyone unfamiliar with the aforementioned backboard shattering dunk delivered by Roddenberry in response to people bitching about Patrick Stewart being bald, the Star Trek creator very famously responded to an interview sarcastically asking “surely by the 24th century they’d have found a cure for male pattern baldness?” by stating simply, “by the 24th century they wouldn’t care.” 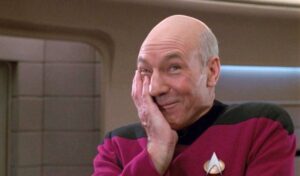 A response so withering the issue was reportedly never brought up in front of Roddenberry ever again after that point and ensured that fans of the show gave Stewart a chance to prove himself to be the right man for the role. Which he did, so well in fact that he poisoned the well for other, bald men. Like Avery Brooks.

You see, when he was cast in the role of Benjamin Sisko in the early 1990’s Brooks had started losing his hair and as a result, his preferred look for day-to-day life was a smooth-ass head and goatee combo.

However, when Brooks asked producers if this would be okay, they shot him down and explained that he had to grow his hair out and shave his now-trademark goatee. Exactly why producers insisted on this so hard isn’t clear, with some sources saying that they wanted to limit comparisons to TNG by not casting another bald captain and others saying that bald Brooks looked too much like a character he played in the 80’s called, get this, Hawk.

A much more hilarious theory about why Brooks had to grow his hair out though is that producers were worried that Brooks looked “too scary” with a shaved head, which we initially assumed was bullshit until we saw production stills of season 1 Sisko and holy shit. 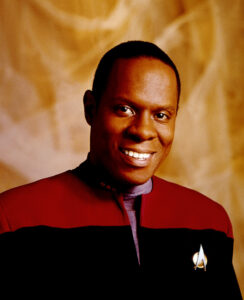 Whatever the reason, Brooks was understandably all kinds of frustrated with having to grow out his hair for each season and he reportedly requested to shave his head each time he was brought back for a new one. As an idea of how contentious an issue this was, it was literally written into Brooks’ contract that he couldn’t shave his head for the show’s first couple of seasons and it wasn’t until season 4, when the character was firmly established in fans’ minds, that he was given permission to assume his natural, more aerodynamic form.

As for the goatee, Brooks was similarly instructed to remain clean shaven for show’s first few seasons, but was eventually allowed to grow a goatee if he kept his hair. Which was the case for another season or two until the aforementioned conversation took place that allowed the actor to shave his head. Meaning it took several years of arguing back and forth for Brooks to go bald, partly because Patrick Stewart was that good of an actor.