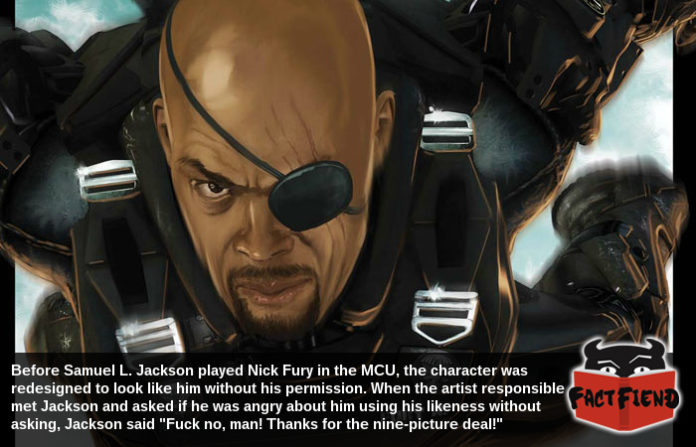 Samuel L. Jackson has the most lucrative deal of any actor in the Marvel Cinematic Universe and will likely still have be appearing in them until the day he dies because he fucking loves comic books. Which is mostly the reason he’s even in them in the first place.

The thing is, the artist who redesigned Nick Fury made him look Samuel L. Jackson did so without the actor’s permission or knowledge. Something he may have gotten away with if not for two things: One, Jackson is an avid comic fan who regularly trawls comic shops for stuff to read and two, Ultimate Nick Fury himself acknowledges that he looks exactly like Sam Jackson in the first fucking panel of the comic he appears in.

So imagine Jackson’s surprise when he was walking through a comic store and saw his own face staring back at him from a comic book and opened it to find the character openly admitting they look exactly like.

Jackson would later note that his first reaction was to call his agent because he didn’t recall ever getting paid for someone to plaster his face all over a comic book. After confirming that no, he’d never been paid by Marvel, Jackson called them himself to ask “what the actual hell, guys?”. Before moving on we’d like everyone to take a moment to consider the velocity of the shit that must have come from the poor intern who answered the phone that day.

News of a pissed off Sam Jackson soon reached Marvel executives who attempted to placate the actor by telling him that they were planning on making some movies and that they’d love for him to be in them. Jackson informed Marvel that he was more than happy to overlook them jacking his image and star in their movies on the condition that he had a starring role in all of them. 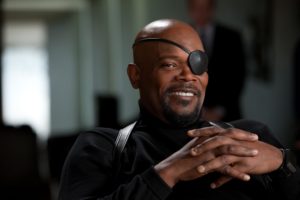 Realising they could either give Jackson what he wanted or have his lawyers slowly insert a pool cue into their assholes sideways for improper use of his likeness, Marvel signed Jackson on for a 9 picture deal. This reportedly resulted in them paying him millions just for his cameo appearances in the first phase films’ post-credit scenes. Remember Jackson struck this deal this is before Iron Man had even been announced so there was no guarantee it’d be successful enough to warrant making 8 more films. However, due to the nature of the deal Jackson struck with Marvel, he’d be paid for them regardless.

It’s no wonder Jackson reportedly wants to extend his contract, at this rate Marvel will be paying his great-great-grand-kids a fee for CGI-ing his face into the 14th reboot of Ant Man or something.