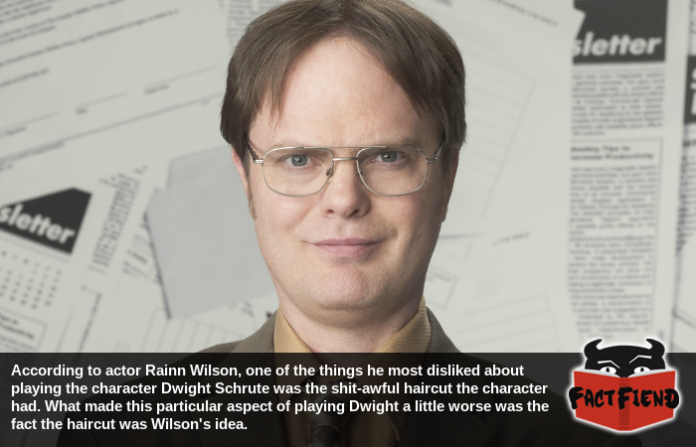 Rainn Wilson is an actor best known for playing the socially inept paper salesmen, Dwight Schrute. A character defined by obsessive personality, paranoia and his awful, shitty haircut. A haircut the actor gave himself and then immediately regretted.

Now as you can probably tell from the image at the top of this very page, Dwight Schrute is a weird fucking dude who cares little for his appearance. So much so that he literally wears the exact same outfit in almost every single episode he appears in. This outfit, which consists of a dull brown suit and fuck-ugly mustard yellow shirt, was similarly chosen to be as off-putting as possible and producers made the decision to make Wilson wear it for nearly every episode as subtle nod to how single-minded and obsessive he is in regards to his job. 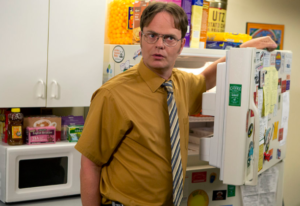 The character’s haircut however was all Wilson’s idea and he has since revealed that upon being cast as Dwight, he went to a local barber with a simple request. Give me the worst haircut possible. The thing is, Wilson wasn’t just happy giving himself a bad haircut because anybody can do that, so he went out of his way to craft a haircut that would look especially bad on him given his, to quote, “ungainly enormous head and forehead“. 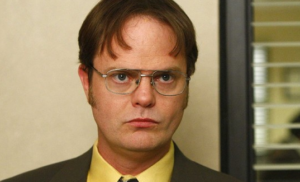 When asked why on Earth he did this, Wilson explained that the haircut was partially inspired by a kid he knew when he was younger, his own haircut when he was 16 and the haircut sported by actor, Mackenzie Crook in the British version of the office, on whom Dwight was based. 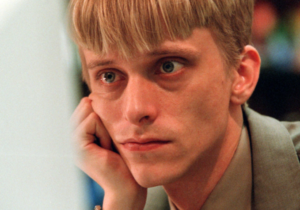 As an aside, Crook is known to have also intentionally given himself a bad haircut after being cast and hated it so much he turned down an opportunity to appear in a movie spin-off of the British version of the show purely because he didn’t want to cut his hair like that again. When asked if sporting the look again was really that bad in an interview one time, Crook simply responded “I had to have that haircut for my wedding, never again.” Which yeah, is totally understandable.

In regards to Wilson, he arguably had it way worse than Crook given that while Crook had to sport that look for a few years, Wilson had to walk around with Dwight’s haircut for an entire decade. Something he found incredibly annoying because the haircut was deliberately styled to be impossible to make look good, with the hair and makeup people straightening the shit out of it prior to every filming session to ensure it never sat quite right. 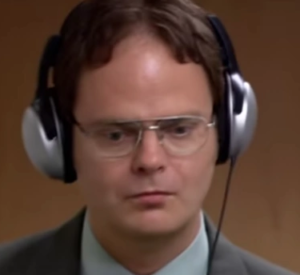 As you’ve probably surmised then, Wilson found the look similarly impossible to do anything with. Noting that on his days off he would struggle to find a way to make himself look, well, normal. Prompting him to note after the show ended that while he’d miss being on it, he wouldn’t miss looking like he shoved his head up an elephant’s arse as it farted.