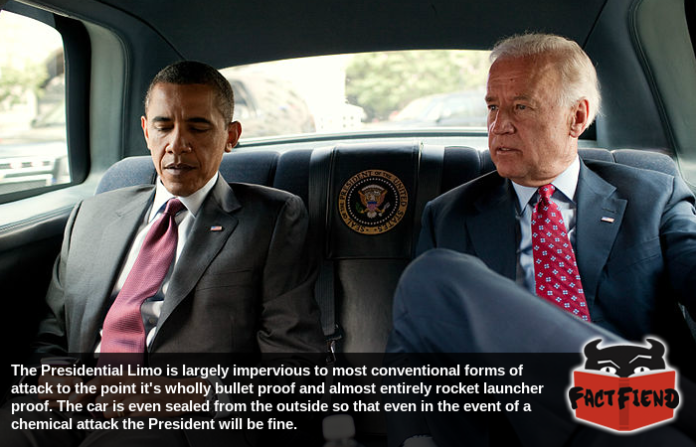 The Presidential Limo, known colloquially as Cadillac One and sometimes simply, The Beast is the closest thing you’ll get to a road-legal tank. Largely indestructible as far as conventional weapons are concerned and clocking in at eight tonnes of fun, The Presidential Limo is capable of surviving everything short of a nuclear blast. It’s also full of shotguns.

Designed in complete secrecy under the direct supervision of the Secret Service to ensure it conforms to their exacting standards of safety, The Presidential Limo is amongst the most advanced vehicles in existence. Boasting an engine powerful enough to beat a jet fighter in a drag race, The Presidential Limo could realistically best a Ferrari driven by a cheetah in a contest of pure speed if not for the fact it also weighs 8 fucking tonnes. 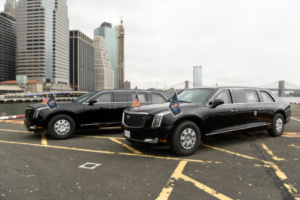 Along with being immune to more conventional threats such as bullets and angry people swinging baseball bats, the limo is hermetically sealed to the outside world meaning in the event of a chemical attack the President can sit and stare out of the window breathing lungfuls of refreshing non-toxic air as everyone outside chokes to death. But wait, we’re not done yet because car is also equipped with night vision technology meaning it can drive in pitch black conditions and has a bomb-proof fuel tank designed to fill itself with foam in the event it’s ever punctured. 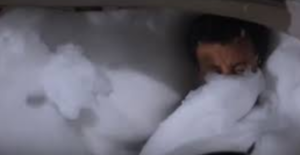 Other safety features include a special fridge filled with the President’s blood and even shit like antivenom in case someone feeds a snake into the car’s exhaust or something. The car also can’t be opened by anybody but the President’s own secret service detail using a secret unlocking mechanism and the only window on the car that can be rolled down is the one belonging to the driver so that they can pay at toll booths and the like. Meaning somewhat amazingly that even the fucking President has to stop and pay to use bridges and shit.

The car is also equipped with a host of sophisticated weaponry including machine-guns reportedly hidden behind the grill and apparently, a fucking rocket launcher. 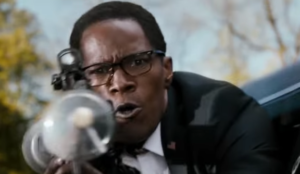 The car is also equipped with a grenade launcher capable of firing missile-confusing smoke grenades and a host of other, more kinetic weaponry accessible only to the secret service including for some reason, pump action shotguns. Exactly how many shotguns are shoved inside The Presidential Limo isn’t clear but they’re rumored to be used as a last resort in case someone bum-rushes the President and thinks they can step to a near 10 tonne car that’s immune to rocket launchers.