The Soviet Soldiers Who Spent Weeks Harassing Germans During WW2 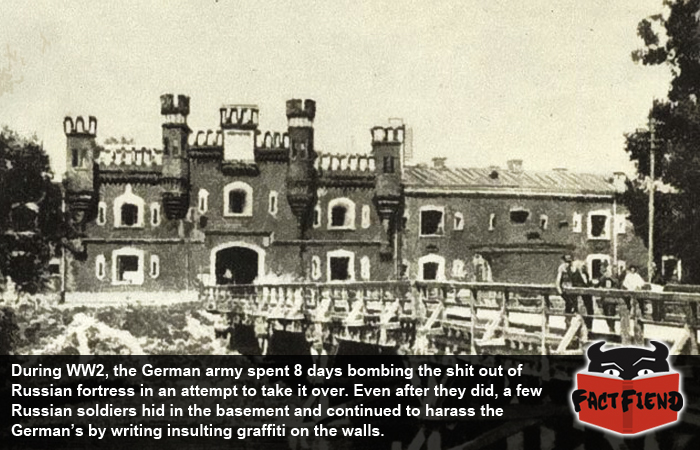 We think it’s safe to say that the Soviets gave the Wehrmacht a pretty hard time during WW2 and there are few, if any real instances of the German’s achieving victory against the Soviets without either catastrophic loss of life or at least one instance of a Soviet soldier dicking them over. One of the best examples of this happened in the middle of the war when the Wehrmacht took over a Russian fortress and the soldiers inside, rather than giving up, hid in the basement and spent several weeks harassing the shit out the Germans.

END_OF_DOCUMENT_TOKEN_TO_BE_REPLACED

The Secret Tower In The Middle Of London 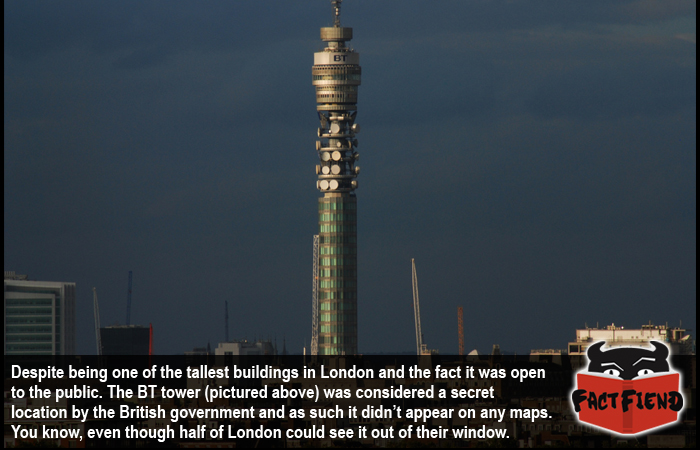 For several decades, the BT Tower, a 600 foot tall tower that had been featured in shows like Dr Who and was visited daily by hundreds, if not thousands of people, was officially considered a secret by the British Government and its location was classified.

END_OF_DOCUMENT_TOKEN_TO_BE_REPLACED

The Adorable Way Tarantino Got Rod Taylor To Play Churchill 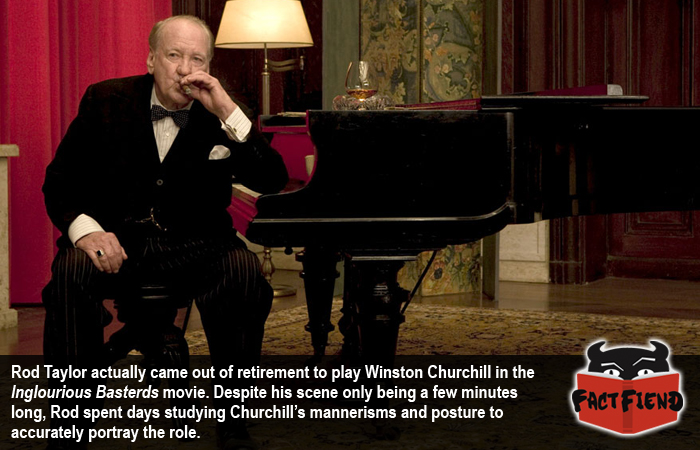 Though Rod Taylor spent less time on screen in Inglourious Basterds than Adolf Hitler, he spent weeks preparing for the role, a role he never wanted in the first place, until Tarantino convinced him it was a great idea.

END_OF_DOCUMENT_TOKEN_TO_BE_REPLACED 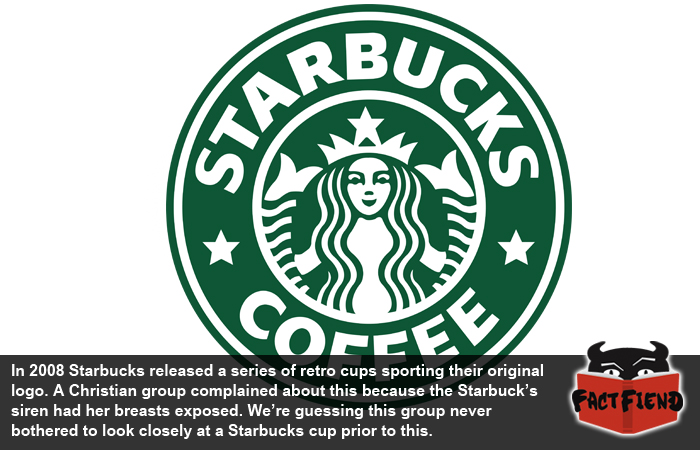 You have to admit, even though Starbucks is a multi-billion dollar company who sell shitty coffee at an obscene mark-up, they do have a pretty cool logo. By which we mean, if you squint hard enough, you can see a pair of boobs.

END_OF_DOCUMENT_TOKEN_TO_BE_REPLACED

That Time a Samurai Sunk a Boat With an Arrow 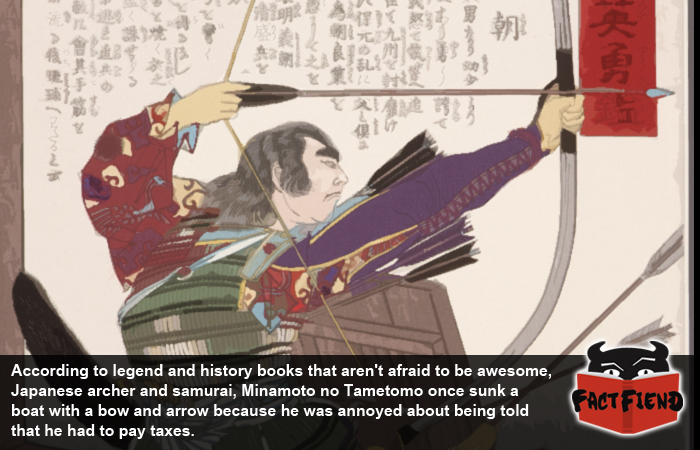 Minamoto no Tametomo is a legendary samurai from Japanese history best known for two things, being roughly the size of a fridge shaped bear, and that one time he sunk a boat, with a bow and arrow, by accident because he didn’t wanna pay no taxes.