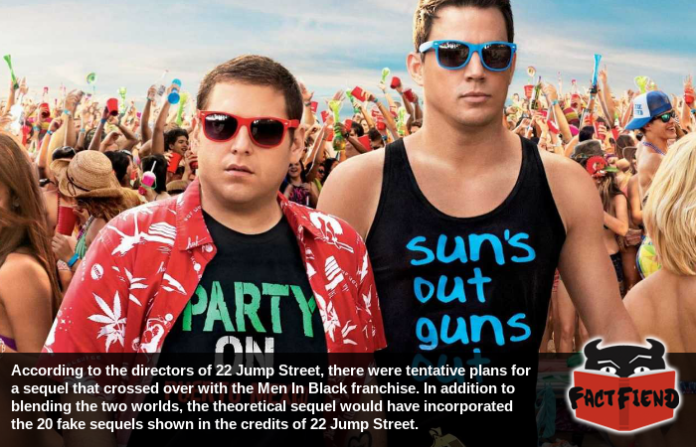 22 Jump Street is a comedy movie that dedicates a not insignificant amount of its runtime to shitting on the very idea of a film like it being given the green-light in the first place. A fact that resulted in studio bigwigs thinking that the series could be used to revive the ailing Men In Black franchise, whilst also incorporating the film’s 20 joke sequels.

Firstly, for anyone who hasn’t seen 22 Jump Street, the film contains numerous self-aware jabs at its own existence with the plot itself being a meta-commentary on the very concept of sequels and the thinking that just doing the same thing again, but bigger is a good idea. Hell, the film even directly reference the fact there will probably be a 23 Jump Street like 200 seconds into the movie. 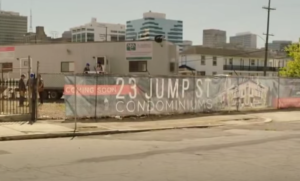 By far the most direct shot the film takes though is the credit sequence which suggests that there is going to be another 20 sequels following the same format as the first film. With each proposed sequel getting more and more ridiculous in scope, suggesting that Channing Tatum and Jonah Hill are going to go undercover as everything from vets to magicians. With the final supposed sequel being the pair literally going to space.

Which, while obviously a joke, was almost the case.

To explain, a very tentative idea for a sequel to the film was for it to be a crossover with the Men In Black franchise, a stupid idea sure, but one you can absolutely see being realised by the guys who directed a film that seamlessly incorporated multiple versions of Spider-Man that clashed so hard tonally you could use screenshots from it as an alternate cover for Tubular Bells.

Here’s the thing though, according to the film’s directors the potential crossover was going to somehow contextualise the 20 theoretical sequels shown at the end of 22 Jump Street with a common theory being that it would involve hopping between dimensions, time travel, aliens or a combination of all three.

Despite sounding all kinds of awesome, the directors revealed in 2019 that the idea was dead because they couldn’t figure out a way to properly blend the two universes. Which is code for the Men In Black universe was too limiting to fit the Jump Street universe into it. Something you might be tempted to say should be the other way around given that the Men In Black universe has aliens and shit in it, but remember, this is the same series where they introduce aliens with nutsacks on their face called Ballchinians.