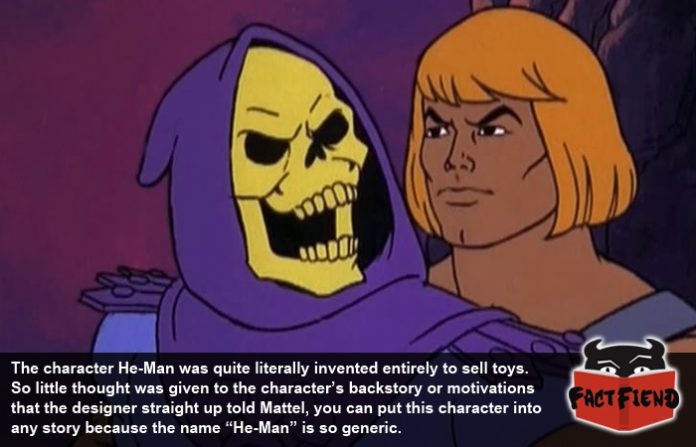 While it may seem kind of ridiculous that a toy company somewhere was actually toying with the idea of hiding the rippling abs of He-Man beneath a form-fitting spacesuit, when the character was first conceived the idea was simply to create an uber-masculine character and then create a universe around him. Hence why they went with the name, “He-Man”. Sure it sounds weird, but it’s a name that could just as easily belong to an alien dick smashing master of space as it could to a Conan looking motherfucker who’s the personification of the words, “the thickness”. 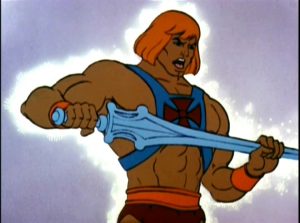 He-Man’s backstory was so inconsequential that the guy who created him, Roger Sweet, didn’t even bother coming up with one when he pitched the idea to Mattel. Instead he got three Big Jim toys, which given the gift of hindsight look suspiciously like Village People action figures …

Covered them in clay to make them look even more buff, then dressed them all up to look like a barbarian, a soldier and a spaceman respectively. Sweet then explained to Mattel executives:

“This is a powerful figure that could be taken anywhere and dropped into any context because he has a generic name.“

Sweet continued and summarised his basic idea – to create the toy they were going to sell first and then think about the universe it existed in second – since it’s not like kids give that much of a shit about story anyway. The executives agreed that Sweet’s cynicism was well-founded and arbitrarily chose the barbarian toy to become He-Man. 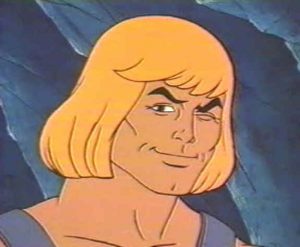 Mattel then hired a group of comic writers to create a universe for He-Man to punch things in while his design was finalised. According to Sweet, very little about He-Man’s overall image was changed, save for his hair color (which was originally black) and his skin tone, which was lightened slightly to give the hero a more vague ethnic background.

To Mattel’s surprise, the He-Man comic series released alongside the toys to explain who the fuck He-Man was, was a massive hit which led to creation of the 80’s cartoon show, which in turn gave us this GIF.

So yeah, thanks cynical 80’s era marketing men for making the world a slightly more awesome and buffer place to live.