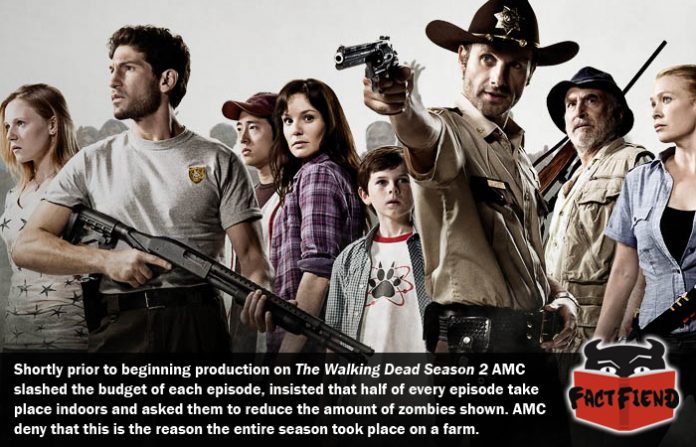 Like the shambolic, rotted corpses featured in the show, The Walking Dead will never fucking die. Though it’s not like AMC haven’t tried to kill the show, like that time they gave half its budget to Mad Men forcing them to set nearly the entire season on a farm.

While overall reviews of Season 2 of The Walking Dead are, according to Wikipedia were “generally favorable”, much criticism was levelled at the show’s glacial pacing and the fact it was seemingly all set in the same, immaculately decorated room.

Another common complaint is that the season had almost no zombies in it, which is kind of jarring considering the show’s pilot contained zombies up the wazhoo.

As it turns out the reason for this is that there was no money for any set pieces because AMC dick-punched the budget of each episode to the tune of about $650,000 and promptly gave all the money to the producers of Mad Men. To help the producers of The Walking Dead better manage their money, executives at AMC offered a number of helpful suggestions such as filming half of every episode indoors and hinting at, rather than showing zombies by asking extras to make moaning noises off camera. Remember, this is a show that won actual awards and probably made at least a few people throw up with its zombie make-up and their work around was having people slap at windows and make porn noises.

However, it’s not like AMC didn’t realise that The Walking Dead was one of their biggest cash cows, in fact it was quite the opposite because they insisted that they made twice as many episodes. When the director tried arguing that this was fucking stupid, they fired him days after he passionately promoted the show at Comic-Con because fuck him for helping create one of the smash hits that saved their network, we guess.

Speaking of which, this wasn’t the only show AMC screwed over to boost the profile and budget of Mad Men because they did almost the exact same thing to Breaking Bad slashing its budget and then telling Vince Gilligan they only wanted 6 episodes of the latest season. Sony heard about this and quickly scrambled to license the series so that Gilligan could make the number of episodes he wanted because you’re god damn right they did. 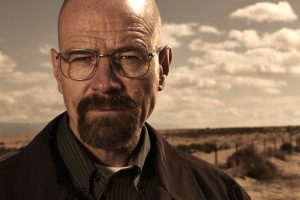 So if you’ve ever thought you made a bad decision, remember executives at AMC thought they’d save money by making fewer episodes of Breaking Bad and removing zombies from The Walking Dead.