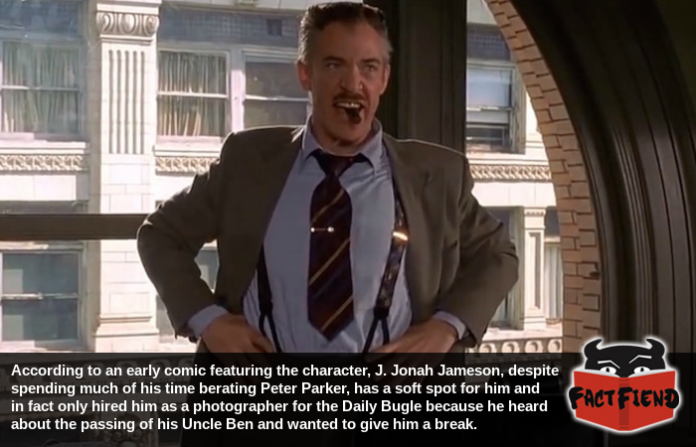 J. Jonah Jameson is a character defined by three things, his irrational dislike of Spider-Man, his gruff personality and that fucking moustache. Despite his outwardly dickish personality though, the comics he hailed from have established that Jameson is actually a big softy, though he tends to have trouble showing this side of his personality.

First though, for anyone with only a passing familiarity with the Spider-Man comics or mythos, you can get an idea of his intended personality by glancing at any comic he appears in and taking note of how many panels he’s either screaming and/or angrily clenching his fists in. Also, because comics aren’t exactly a medium known for their subtlety, most artists drawing Jameson also him a Hitler ‘stache, because how else are you supposed to show that a guy is a dickhead boss? 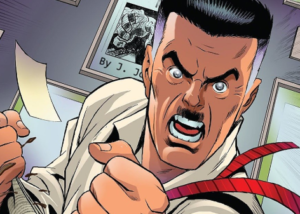 A largely one dimensional character in early comics, as the years have gone on much of Jameson’s backstory has been expanded upon revealing amongst other things that he was champion boxer in his youth who wooed his wife by beating the living piss out of three guys harassing him. Something that has nothing to do with what we’re talking about today, but was too funny not to at least mention in passing.

Now as a character Jameson is mostly known for his thorny relationship with Peter Parker who the comics establish he pays a “pittance” for picture of his alter-ego, Spider-Man backflip-kicking criminals in the dick. 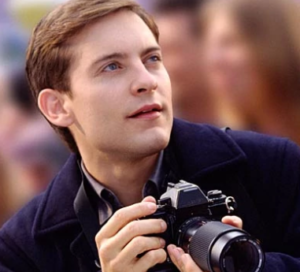 According to various comics released over the past few decades this particular fact is a cause of endless arguments between the pair who have an uneasy relationship for most of their comic history. Now for the most part, the comics side with Parker/Spider-Man in most of these arguments because, well, it’s his name on the cover after all. However in the comic, Peter Parker: The Spectacular Spider-Man Annual #1, released in 2018 it is revealed that when the pair first met Jameson was initially hesitant to buy any photos from Parker because they were kind of shitty. Which makes sense given that takes most of them while flying through the air at half the speed of sound in skintight spider-themed outfit. 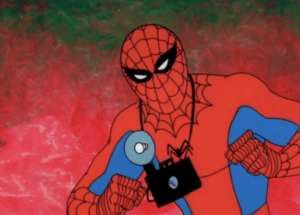 So why did Jameson end up buying these photos if they weren’t good enough you ask? Well the comic notes that while Jameson was conducting a standard background check on Parker he learned about the death of his uncle and, feeling a pang of guilt, bought them to boost his confidence and hopefully inspire him to improve his skills.

During the Civil War story arc, released several years before this retcon to Jameson’s backstory, it is additionally noted that Jameson had grown attached to Parker over the years and had always made a point of buying nearly every photo he took, regardless of its quality, to ensure he always had at least some income. Something he claims to regret after Parker reveals his secret identity during that arc, prompting Jameson to make perhaps the greatest face ever seen in a mainstream comic. 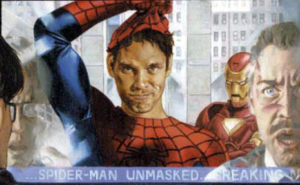 Fun fact about that arc, Jameson gets so pissed about the idea of Peter Parker selling him photos of himself that he tries to sue him for fraud, loses and then in a fit of rage sends a robot spider with his face on it to try and kill She Hulk because she’s fucking his son. None of that is made up. 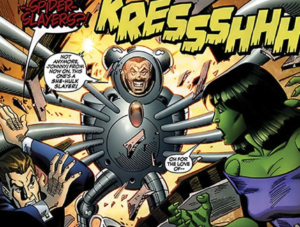 Ignoring his occasional attempts and robo-assisted attempted homicide, because hey, we’ve all been there, Jameson is largely sympathetic character who is just annoyed that some dipshit with Spider powers is taking the law into his own hands and taking attention away from people like firemen and paramedics. Then again, he does also invests a considerable amount of his resources into creating Scorpion, a villain who can fire face-melting acid out of a tail attached to his asshole, so maybe he is just a dick. Albeit one with a soft spot for down-on-their-luck amateur photographers.