As hard as actors would have you believe acting is, you have to admit it’s probably a pretty sweet deal to be paid millions of dollars to pretend to be, oh say, an unkillable robo-badass. Oddly, Hugo Weaving doesn’t share this view as he had nothing but bad things to say about his time pretending to be fucking Megatron.

So for anyone who doesn’t remember the credits of the first 3 live-action Transformers movies, which is hardly surprising to be honest, Hugo Weaving voiced sworn enemy of the Autobots and mess of metallic triangles arranged in a vaguely humanoid shape, Megatron. 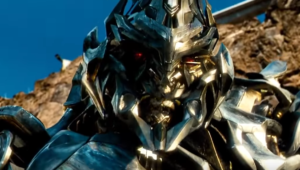 According to Weaving, voicing Megatron was one of the single easiest paydays of his entire career to the point he literally phoned in half of his performance over Skype. In addition, Weaving neither read to script or did any research whatsoever on the character of Megatron or the Transformers franchise. Which is a shame because if he did, he might have played that Transformers game where you can assume Ferarri form and crash directly into Starscream’s dick, in space.

All in all Weaving recorded all of his lines in less time than it would take to actually watch the first Transformers movie and was paid a cool $200,000 for his troubles. Which didn’t stop him shitting just all over the movie and its sequels in a later interview, calling the role “meaningless“. Weaving also revealed that he had absolutely no idea what in the fuck he was saying while recording his lines and never once set foot on set or even met Michael Bay. In fact, according to Weaving he, a professional actor, wasn’t even aware of Bay’s body of work prior to taking the role meaning that Hugo Weaving has never seen Bad Boys 2. 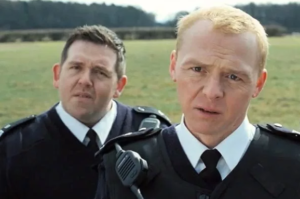 These comments understandably annoyed Michael Bay who shot back at Weaving in a now deleted blog post, accusing the actor of being, well, a bit of a bellend. The thrust of Bay’s argument was that Weaving was paid exceptionally well for an astonishingly simple job and that complaining about it was a dick move considering that there are people out there shovelling shit for a living.

Bay was apparently so annoyed with Weaving’s outright dismissal of Transformers that he made a simple offer to the actor, put your money where your mouth is. Specifically Bay told Weaving, and indeed any actor that thought a gig was “beneath” them, to donate the money they earned from it to a charity for elephants, noting that he’d match any donation made. Bay almost immediately deleted the blog post making this claim, presumably because if every actor who’d taking a job just for the paycheck took him up on the offer he’d be making Transformers sequels until the heat death of the universe to make enough money to match their donations. Then again, considering the amount of sequels that have been made to Transformers, maybe some actors did.