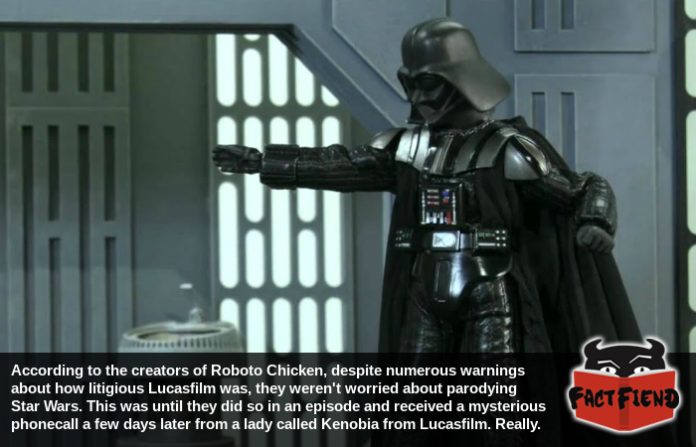 Robot Chicken is a show that literally revolves entirely around lampooning various facets of pop culture. Helmed by a team of people intimately aware of how much they can push the envelope before someone might sue the shit out of them, the makers of the show were still somewhat surprised to learn that George Lucas of all people was okay with them shitting all over his most famous creation and in fact, wanted them to do it more.

You see, for anyone who hasn’t seen an episode of Robot Chicken or paid all that much attention to the show’s end titles cards, the show is produced by Stoopid Buddy Studios (formerly known as Stoopid Monkey).

As you may have surmised from the name of the production company behind the show, Robot Chicken is kinda stupid and basically involves skits and sketches performed by toys animated via stop motion. Meaning yes, somewhere out there, there are adults being paid real, human money for playing with toys. Which is of course, the dream. 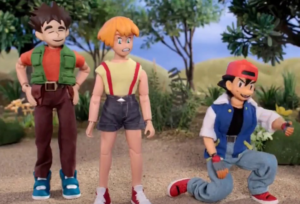 Contrary to what you’d expect given that description though, the people behind the show are incredibly savvy when it comes to parody law which has allowed them to satirise everything from Transformers to Godzilla without being sued. This confidence extends to properties owned by companies known for being incredibly litigious like Disney and formerly, while it still existed, Lucasfilm.

In regards to the latter, while the Robot Chicken team were warned against parodying Star Wars, they went right ahead and did that anyway in an episode in the mid 2000’s, surmising they weren’t big enough for anyone important to notice anyway. So then imagine the surprise of the team when a week later the phone rang and the caller ID said the call was from fucking Lucasfilm.

Terrified the team decided to answer the phone pretending to be a non-existent assistant (at the time the team was like, 4 people) and pretend nobody involved with the episode was there that day. However this goofy charade was immediately shattered when the lady at the end of the phone said her name was, no shit, Tracy Kenobia. 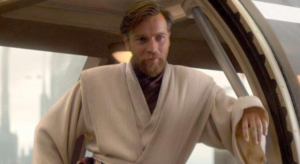 Assuming the call was a prank, the team immediately stopped pretending to be their own fake-secretary and asked the caller who the hell they were. To which they responded once again, more firmly this time, “I’m Tracy Kenobia from Lucasfilm, Mr Lucas would like to speak with you.” For the curious it would later emerge that the caller’s name was actually spelled “Cannobbio”, which doesn’t stop this being any more hilarious.

As it would later emerge Lucas had seen the Star Wars sketch on the previous week’s episode and found it so hilarious that he’d shown it at a Lucasfilm staff meeting. Lucas had then apparently told Miss Cannobbio to track down whoever made it and ask if they’d like to meet him. After about 3 seconds of dliberation the Robot Chicken team said yes and were flown at to Lucas’ big-ass ranch where he expressed a desire to see more dumb Star Wars skits performed in the Robot Chicken style. The end result being several full episodes dedicated to nothing but dunking on Star Wars, one of which starred none other than George Fucking Lucas himself.

Apparently this amiable relationship ended when Disney bought Star Wars and although Robot Chicken is still free to parody Star Wars thanks to those parody laws mentioned earlier, the company hasn’t exactly been as forthcoming as Lucas was about making fun of their property. Which is a shame because we’d loved to see an hour long show dedicated to showing how everyone else aboard the Starkiller base reacts to Kylo Ren’s giant sweaty man-pecs. 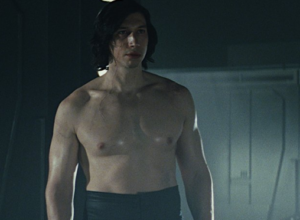