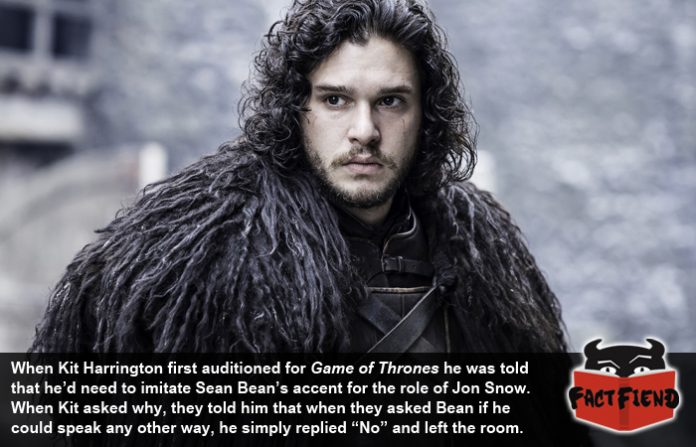 Now while it’s generally difficult to make any broad statements about the cast of Game of Thrones given how it has the biggest ensemble case ever seen in a TV show, a significant number of them are British. In the case of the principle cast, with the notable exception Peter Dinklage and Nikolaj Coster-Waldau who are American and Danish respectively, virtually all of them hail from somewhere in the UK.

*Warning, the following few paragraphs discuss geography and English history, both of which can be super boring if that’s not your thing.

As fans of the show and the books based on it* likely already know, the plot of Game of Thrones is loosely based on and inspired by actual English history, specifically the War of the Roses between House Lancaster and House York. As such, the land of Westeros, in the show at least, is roughly analogous to the actual UK in that people from the North speak with typically northern British accents while those in south speak with southern British accents.

For example, as Warden of the North, Ned Stark, played by Sean Bean speaks with a broad Sheffield accent whereas Tywin Lanniser, played by Charles Dance, speaks with an accent that makes him sound like the Queen’s enunciation coach. In each case both Bean and Dance are speaking with their ordinary voice when they act, which made it kind of awkward when they started hiring actors to play their family.

The most obvious example is Peter Dinklage who has had to affect an English accent instead of his native, American one while being on the show. While Dinklage’s English accent has been convincing enough to net the actor a few awards, to Brits his accent is still noticeably different to other members of his own family. Even though you’d expect a family of well-to-do assholes with unlimited funds to have all been educated in the same manner and taught to speak by the same presumably massively overpaid tutor.

Then you have the actors playing Ned Stark’s children who were told that they had to learn to speak with Sean Bean’s Sheffield accent. In the case of Kit Harrington who plays Jon Snow a character who apparently knows nothing, when he asked why, they explained that when they’d asked Bean if he was capable of speaking any other way, he simply replied “No“. As such, all of the actors spent several weeks watching the parts of Sean Bean movies where he isn’t dead to better copy his voice with varying degrees of success.

For some reason though they didn’t ask any of the actresses playing his children to do this, and as such they sound nothing like the brothers, father or maid they’ve supposedly spent their entire life talking to. To American readers this may not sound like that big of a deal, but it’s an incredibly annoying sticking point for British fans. Just think how much it destroy the verisimilitude of something like House if his long-lost brother appeared in one episode and instead of speaking like House as you’d expect, he opened his mouth and thousands of snakes poured out and started attacking everyone. That’s what it’s like for some British fans to watch certain episodes of Game of Thrones.

As others have pointed out, the analogy discussed above about of the accents of Game of Thrones roughly matching the geography of Westoros with that of the UK kind of shits the bed when you look anywhere beyond these two character’s families. Which makes it kind of unusual that the producers still insisted that some of the actors had to change their accent for their roles. When it came to Rose Leslie, who plays Ygritte, they insisted that she speak with an even broader northern accent than Sean Bean despite her coming from a family that owns two castles. 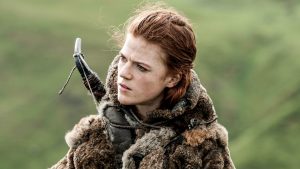 Likewise they asked Irish-born actor, Liam Cunningham to put on a Geordie accent for his role as Davos Seaworth even though nobody else in the show speaks like that. Something similar happened with Iain Glen, who plays Jorah Mormont. Normally Glen speaks better English than James Bond, but was asked to sounds a little more, husky for the role because his normal voice sounded hilarious coming from the force of nature that is Jorah fucking Mormont.

When you travel to places outside of Westoros, the producers seem to have just settled for giving characters vaguely foreign accents because as long as the character sort of sounds like a person Donald Trump wouldn’t shake hands with, who’s really gonna give a shit. This has resulted in characters from across the Narrow Sea speaking with everything from Dutch to German accents and in the case of Syrio Forel, played by British actor Miltos Yerolemou, one that he just straight made the fuck up based on his Greek ancestry. 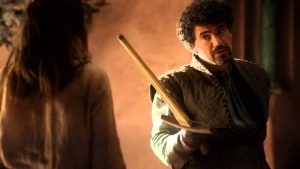 None of this detracts from the overall quality of the show and to most people this is nothing but a (very minor) nitpick, but it’s kind of impressive that the producers simultaneously gave no shits and all of the shits when it came to dictating how certain characters spoke.

*We know the books came first, we just really like saying that to annoy people. Sorry about that.