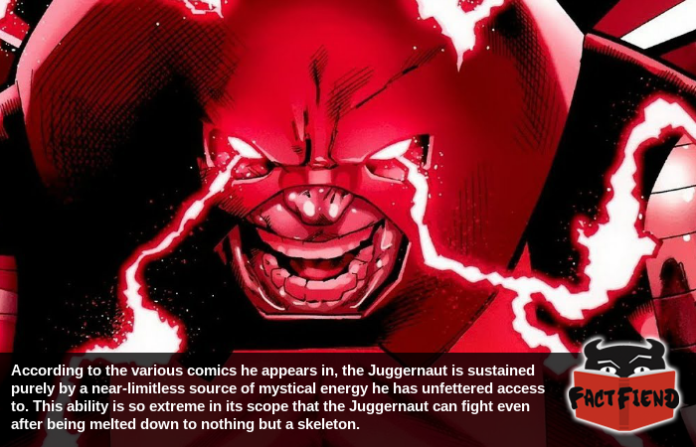 Cain Marko, better known in the comics he hails from as The Motherfucking Juggernaut, is a marvel character empowered by an ancient demon with the ability to moonwalk through mountains. So all encompassing is the Juggernaut’s power, than he can continue to fight even after being reduced to nothing more than a freakishly buff skeleton.

First though, for anyone unfamiliar with how the Juggernaut’s powers work, although his close proximity to the X-Men has resulted in many assuming that he is a mutant, the Juggernaut’s abilities are actually derived from a mystical gem created by a god-lord level demon called Cyttorak. As the avatar of Cyttorak, the Juggernaut has unlimited access to the demon lords power, so long as he continues to wreak havoc and destruction in his name. 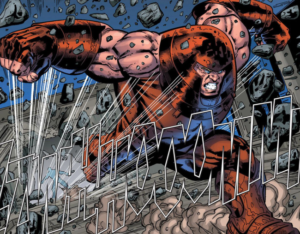 Considered one of the most powerful entities in the Marvel universe in terms of raw strength, the Juggernaut’s capacity for physical exertion is almost infinite thanks to Cyttorak. Why? Well, to put it simply the demon’s power completely sustains the Juggernaut, providing everything he needs to exist to such an extent he never needs to eat, sleep or even breath.

The most unique ability bestowed upon the Juggernaut by his demonic sugar daddy though is “Irresistible Force Embodiment”, which is comic speak for once the Juggernaut begins moving in a given direction, no Earthly force is capable of stopping him. Only slowing him down. This combined with the Juggernaut’s tremendous strength and limitless stamina mean few can hope to best him in physical combat, let alone survive even one of his blows. 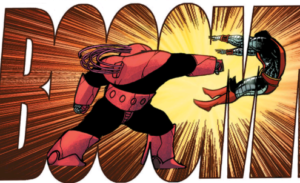 The thing is, the power of Cyttorak is so all encompassing that even if the Juggernaut happens to be hurt (no easy feat considering his powers also mean he can create magic force fields of pure kinetic energy) he still won’t stop. The extent of his particular ability is such that even if the Juggernaut is burned down to nothing more than a glowing skeleton of red sex energy, the power of the crimson gem will sustain him. 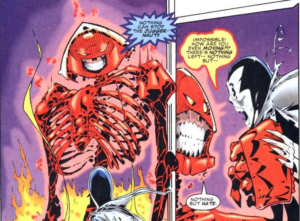 The gem is reportedly powerful enough to sustain Juggernaut in this arguably much cooler, Halloween form until his regenerative abilities kick in and grow back all his flesh. As an aside, because we know you’re all wondering about it. The crimson gem also provides Juggernaut with his trademark uniform, so no, he doesn’t end up being naked and clubbing people to death with his 4 ton Juggernaut-dick.