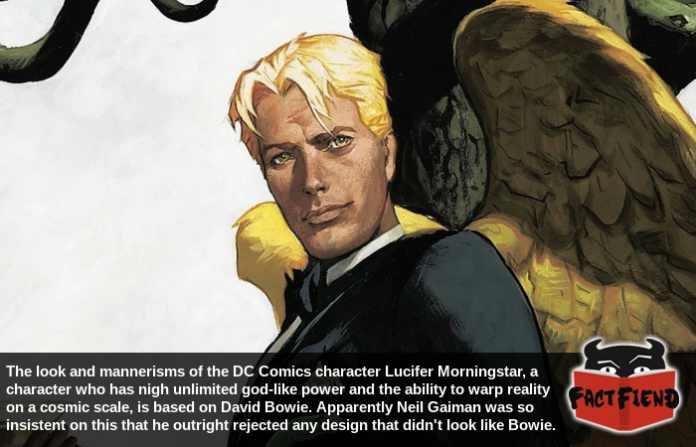 David Bowie was a powerful man who very possibly had magical powers. In recognition of this and his ginormous music-penis, writer Neil Gaiman saw to it that the Thin White Duke would live on forever as one of the most powerful characters in DC Comics canon.

That character is Lucifer Morningstar, a character roughly analogous to the Lucifer of biblical canon only with the ability to call down beams of concentrated sun-energy capable of obliterating a human being near-instantaneously. Like his biblical counterpart, Lucifer Morningstar is a fallen angel who was given absolute dominion over hell. However, unlike his bible-thumping parallel, the Lucifer in DC Comics got bored of ruling hell and unilaterally decided “fuck this” before retiring to Earth to open a bar in LA. None of that is made up. 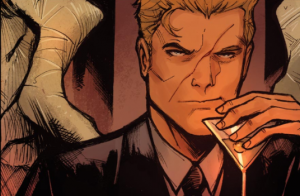 Described as a being of unimaginable power Lucifer Morningstar is arguably one of the most powerful entities in all of DC Comics canon. In addition to being functionally immortal, strong enough to punt a semi into orbit and possessing an intellect so keen he could be cyborg Stephen Hawking in a chess match, Lucifer has a number of other, altogether more unusual skills and abilities. Said abilities include manipulating all forms of matter and energy on a cosmic scale and most unusually, the power to summon the beating heart of a newly birthed star to incinerate anyone who displeases him. 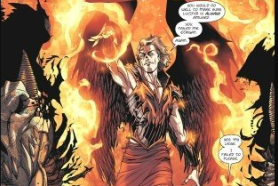 Now when the time came the writer who created Lucifer, Neil Gaiman, to settle on a “look” for a being of such unimaginable power he naturally chose David Fucking Bowie because who the fuck else would you pick to portray a character described as being second only to God? 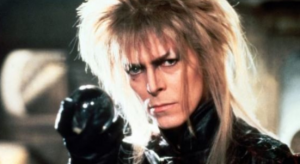 Gaiman was reportedly so insistent that Lucifer look exactly like David Bowie that he explicitly told the artists tasked with drawing the character that he’d reject any draft that didn’t look like Bowie. According to one artist Gaiman was quoted as saying, in regards to drawings of the character –

The artists, keen to avoid upsetting Gaiman did exactly that and as a result Lucifer Morningstar ended up looking like David Bowie cosplaying as his own ghost. 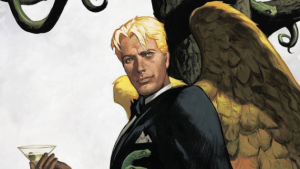 Amusingly Bowie’s likeness was considered so integral to the character that when they decided to make a TV show centred around Lucifer the producers went out of their way to cast someone who didn’t look like Bowie. Why? Well because, and this is true, the producers would later openly admit that no actor could capture the essential essence of what made Bowie so cool. So instead the producers opted to cast a relatively unknown actor in the role and make the character of Lucifer a massive David Bowie fan as a nod to his origins. Or to put it another way, David Bowie was so fucking cool that they literally couldn’t find an actor to play him and had to settle for making a character who has existed for eons and witnessed the birth and death of stars a fan of his music.