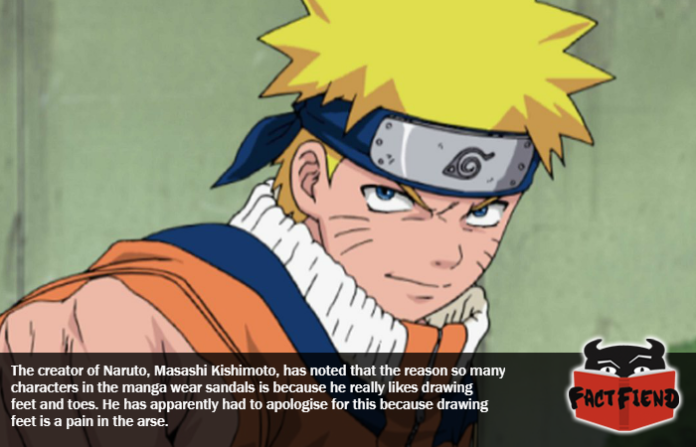 In the frequently intersecting spheres of manga and comic books there’s a generally held rule that drawing feet sucks all kind of ass and there are some artists who will go to frankly heroic efforts to avoid having to do it. The same can’t be said of Naruto creator, Masashi Kishimoto a guy who openly admits to having such a hard on for feet he made almost every character in Naruto wear open toed sandals as an excuse to draw them as much as possible.

First though, for anyone unfamiliar with the trope of artists really not liking having to draw feet, perhaps nobody embodies this more than Rob Liefeld. An artist seemingly so resistant to drawing people’s little piggies it has become a running joke amongst fans of the medium that he will do anything he can to avoid having to draw them. With his favored tactic simply being to hide a characters feet with an obscuring cloud of fart gas. 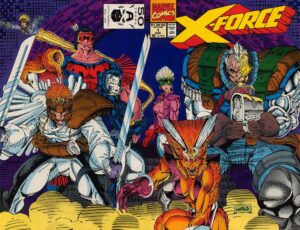 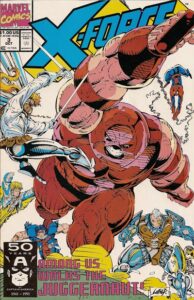 If you’re currently thinking, well that’s just two examples, Liefeld is a professional comic artist, surely he’s capable of drawing feet, even if he doesn’t seem to like it, right? We invite you to zoom in on that image and see for yourself.

In contrast, Kishimoto adores drawing feet to the point almost every character in Naruto wears open toed sandals despite the obvious handicap wearing a piece of footwear that leaves one of the most sensitive parts of your body completely exposed in a sick ninja battle represents. 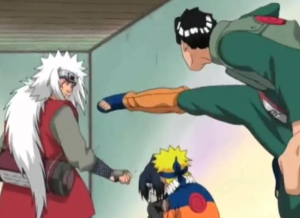 Hell, the artist has even noted that characters wearing sandals is a complete anachronism that he put into the series solely as an excuse to draw toes more. As an aside, he has also explained that the whole only reason characters in Naruto wear such distinctive and notably un-ninja-like clothing, is because he figured drawing cliched all-in-black ninjas would be boring as fuck. 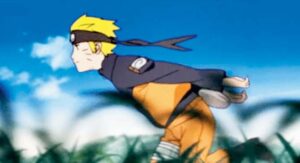 The thing is, while this has no doubt contributed to the success of Naruto, it has resulted in more work for Kishimoto as his decision to dress characters so flamboyantly means drawing them is a huge time-consuming ball ache. Likewise, while Kishimoto doesn’t mind and indeed enjoys drawing toes and feet, the fact that so many characters wear open toed sandals means that artists working on the show also have to draw them. This, combined with the aforementioned outfits make drawing and most importantly animating characters from the series exceedingly difficult. So much so that Kishimoto once formally apologised to the team working on the anime for the various design decisions he’d made upon learning how much of tedious, onerous slog animating each character was for them.

Then again, we can’t imagine he was that sorry given that he got to spend hours upon hours watching people painstakingly animate hundreds of feet of footage of, well, hundreds of feet. These animators even used drawing tablets from https://www.archute.com/best-cheap-drawing-tablet-architects-designers/ to make sure their works are efficient.