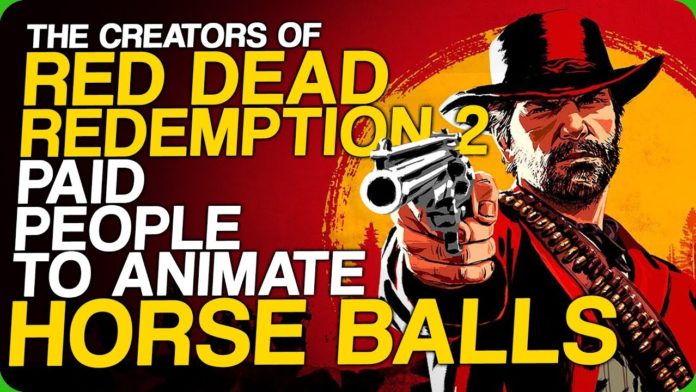 Red Dead Redemption 2 is one of the fastest selling, most critically lauded and dick smashingly fantastic video games released in recent history. The product of like a million man hours spread across half a decade, the game is notable for the baffling array of minor details the development team crammed into it, like realistically shrinking horse testicles.

For anyone who hasn’t played the game, the basic plot is that you play as a big-dick outlaw called Arthur Morgan who, along with his multi-ethnic gang of ne’er-do-wells, splits his time between shooting people in the dick and swaggering around a sprawling open world filled with NPCs sporting offensively un-shot dicks. 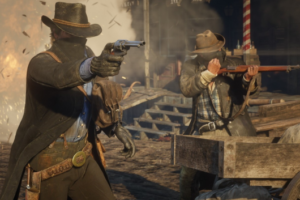 Developed and published by Rockstar, a company famous in the industry for their attention to detail when making open world games, the game is absolutely jam-packed without countless minor details the majority of people would never notice, let alone give a shit about. For example, the game is filled with a variety of animals that range in fuzziness and size, all of which are programmed to react to your actions and the actions of other virtual animals much in the same way their real-life counterpart would. The most ridiculous example of this being possums who will actually play possum when approached before attempting to nibble your dick off if you get too close.

Other details include snow that accumulates realistically and slows your movement when walked through, the ability to punch someone’s hat off and then steal it and craftsman who will take the pelts of animals you shoot and turn them into a fetching coat or hat. 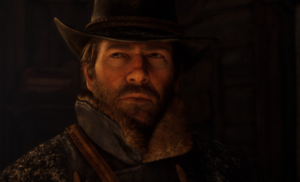 By far the stupidest detail though, and the one that got the most column inches, is the fact male horses all have a set of pendulous balls that will shrink in cold weather. To be clear, this detail has absolutely no impact on gameplay whatsoever and there’s no real reason for it to be included. Which begs the question, why the fuck did a company pay someone to program a realistic horse ball shrinking algorithm instead of more animations of bears eating shit when they’re hit by trains?

Well, a writer for The Guardian decided to ask someone at Rockstar that question and the answer was far more reasonable than you’d expect. As explained by studio co-head Rob Nelson, it’s the belief of Rockstar as a company that the more silly bullshit like this you include, the less a player will realise they’re playing a game. The idea then is that while each individual detail may seem silly on it’s own, when taken as a whole they create a more seamless playing experience. A playing experience that just so happens to involve staring at a pair of immaculately rendered horse balls for 60 hours straight.