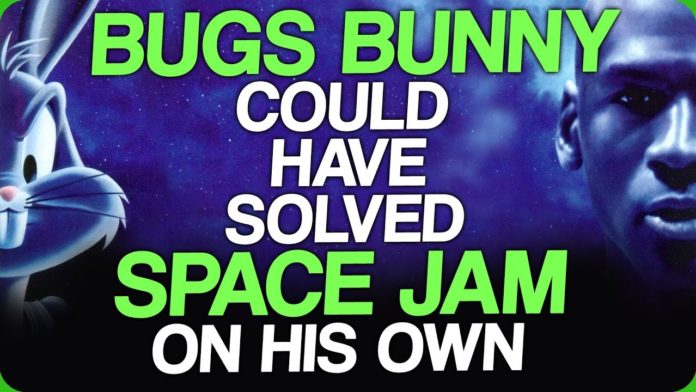 Spend enough time on the internet and you’ll eventually come to the realisation that “90’s kid” is just code for “sad, nostalgic adult” and one of the things from that era that is viewed with a pair of Daredevil strength rose tinted glasses is the movie Space Jam. A movie that was so out of step with how the Looney Tunes regularly act, one of the guys who knew them best openly said he hated it.

That guy was animation legend, Chuck Jones, a man who is responsible for creating some of the finest moments from your childhood, if you’re having a little trouble placing where exactly you’ve heard that name before. Try to picture it written right below the words fucking “LOONEY TUNES”.

Throughout his career Jones not only worked as an animator for Warner Bros, creating such iconic character as Wile E. Coyote and the internet nice guy personification that is, Pepé Le Pew.

But he also worked as a director for the Looney Tunes during which time he spearheaded the creation of what is largely regarded as the single finest piece of animation in history. A Bugs Bunny short which somehow manages to condense the entirety of opera composer Richard Wagner’s back catalogue into 6 minutes. In other words, when it comes to the Looney Tunes and animation full stop, Jones knows what the fuck he’s talking about. So it’s with a heavy heart we have to report that Jones hated the cult cinematic masterpiece known as Space Jam.

As far as we can tell, Jones was asked about his opinion on Space Jam only once, in a brief, but telling interview a short time after he received a lifetime achievement award for his ground-breaking work in animation, which we’re mentioning on the off chance you still weren’t convinced that this man is currently sat in heaven on a golden throne that looks like Bugs Bunny’s face. According to Jones, not only did he feel that many of the characters in the movie acted, well, out of character, but he also couldn’t understand why the fuck they needed to be there in the first place, since according to him, Bugs Bunny could have solved the entire film’s plot on his own.

For the two of you who don’t remember the subtle intricacies to the plot of Space Jam, the basic version is that Bugs Bunny challenges a bunch of tiny aliens trying to take over the Looney Tunes world to a game of basketball. When the aliens steal the powers of a bunch of famous basketball players, Bugs Bunny enlists the help of Michael Jordan and also Bill Murray somehow to train a rag tag group comprised of the Looney Tunes most famous characters to play b-ball. Wow, we didn’t realise how unbelievably stupid the plot to that movie is until we had to write it out just then. 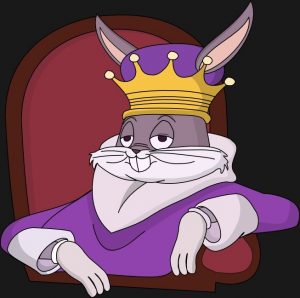 Jones felt that Michael Jordan’s presence in the film completely unnecessary and he honestly couldn’t understand how anyone could stretch the plot into a full 90 minute long movie when it was obvious (to him anyways) that Bugs Bunny could have single-handedly outsmarted the aliens and saved the world in 7 minutes flat. If that sounds impossible, remember, this man condensed a fucking opera down to just 6 minutes. Doing the same thing to a plot about aliens trying to take over the world via basketball wouldn’t be that much more difficult.

Jones also took issue with the fact that characters didn’t act the way they did in their respective cartoons. For example, he took particular exception with the fact that Porky Pig says “I think I wet my pants“, which while being a perfectly valid statement when you’re about to get dunked on by an 8 foot tall monster with the spirit of Charles Barkley, isn’t something Jones felt Porky would ever say. Before anyone decides to make themselves look stupid by question why Jones thought he was such an authority on how Looney Tunes character would act, we should remind you that he literally wrote the rulebook on how certain Looney Tunes characters should act.

Now if you’ll excuse us, we have to go lie down for a few minutes after finding out the man who created half of the best memories from our childhood, actively hated the other half.