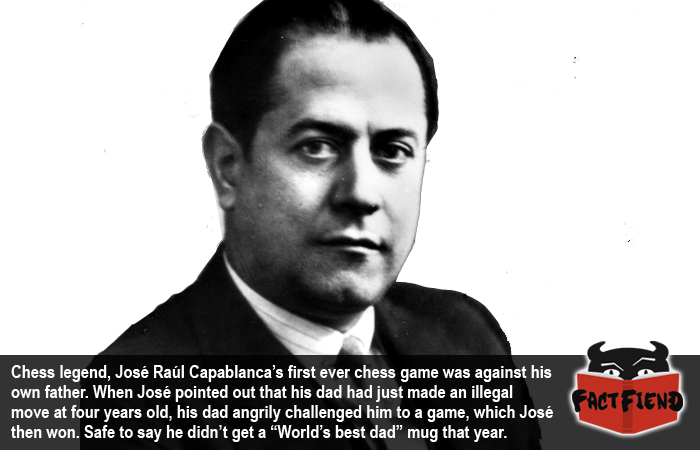 Simply put, José Raúl Capablanca is one of the single finest chess players to have ever lived, period. He was so dominant at chess he once sat down and the person two seats in front of him and a seat to the right stood up and gave him his wallet. If you get that joke, you’re allowed to keep reading.

Though many sources like to focus on José’s later, adult chess career, in which he kicked so much ass he got to write leather-maker on his tax return, it’s how he first came to learn the game that interests us.

José showed a remarkable aptitude for chess at a very young age, reportedly teaching himself the game at four-years-old by doing nothing but watch his father play. After watching a few games from the sidelines, the young José noticed his father making an illegal move, indicating that his father was either a shitty chess player or an even shittier cheat, and loudly complained about it.

Now we don’t want to offend four-year-old’s reading this, because they make up a sizeable chunk of our audience, but we’re guessing we could beat you at pretty much any sport, intellectual or otherwise. We’re also going to take a guess and say that this was exactly the same thought that flushed through José’s father’s head when his son pointed out his illegal move. Blissfully unaware he was looking into the youthful , yet merciless eyes of a future chess God, José’s father smugly challenged his four year old son to play him in a game of Regicide Simulator if he thought he was such a fucking expert on it.

José, despite the huge handicap of being only four and in possession of a set of tiny baby hands that probably couldn’t even grab the pieces properly, accepted the challenge and soundly mopped the floor with his father, who promptly demanded a rematch. Not content with emasculating his father once, José then whupped his ass again, almost certainly before repeatedly shitting his pants and asking his dad to clean him up to truly rub in how superior he was in every conceivable way.

So yeah, the next time you see someone cooing over their toddler on Facebook remind that at age four José Raúl Capablanca was already smashing his dad at chess, right before they delete you for talking smack about their kid who you could almost certainly best in a fist fight. 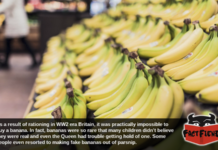