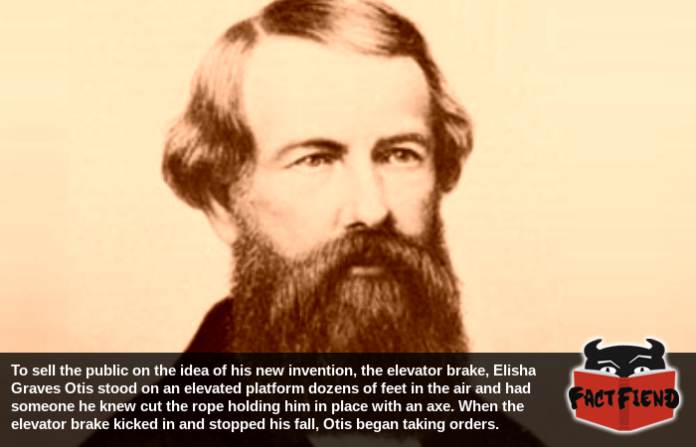 According to all known statistics relevant to the matter, elevators are quite literally one of the safest forms of transport on Earth. A fact credited largely to one Elisha Graves Otis, the inventor of the safety elevator. A device he inexplicably had trouble selling until he demonstrated how well it workd in the most badass way possible.

Before that though, because we know at least a few people are probably sceptical about our claim of elevators being one of safest form of transport on Earth, deaths caused by elevators are so rare they’re practically a statistical anomaly. For those amongst you who prefer hard facts and numbers over nebulous claims of safety, the odds of dying during a given elevator ride are about 0.00000015 percent. A number that should realistically be even lower because the majority of people killed by elevators are elevator repairmen, you know, the people who stand on top of already broken elevators, fudging the numbers somewhat. In fact, if you discount the deaths caused broken elevators and only only consider the risk to the general public, not engineers and whatnot, you statistically have more chance of dying of a heart attack during an elevator ride than you do being killed by the elevator itself. So yeah, suck it, Hollywood. 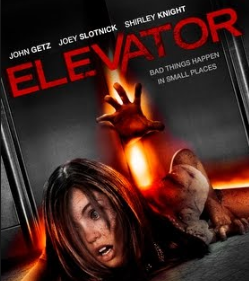 A key reason why elevators are so stupidly safe is because they have an array safety features in place all of which have multiple back-ups and redundancies in place should they fail. For example, most elevators are held up by a series of steel cables each of which is actually strong enough to support the weight of a fully laden elevator entirely on its own. Pretty much the only reason elevator engineers add more cables is to put at ease the minds of people who don’t realise a single cable is stronger than Colossus’ erection. 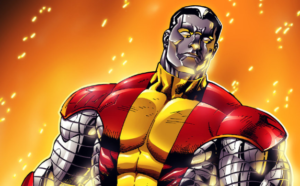 A thing to note is that in the time Otis invented this device elevators were held up by simple ropes that frequently snapped and killed people. In fact, it’s noted that Otis was primarily inspired to created the safety device after working in a factory and observing that nobody would use a hoist to move heavy supplies due to the frequency with which it failed. In short, this was an invention people fucking needed.

But alas no, Otis reportedly had trouble selling people on the benefits of his inventions, or at least he did until he attended the 1854 New York World’s Fair. The story goes that, to sell people on his invention, Otis built an entire elevator shaft in the exhibition hall and had the platform on it hoisted about two dozen feet into the air while he was stood on it. Otis then began to work the crowd, telling them that he was about to do something that would blow their minds. 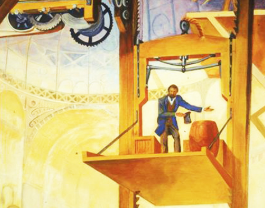 When a sizeable enough crowd had gathered Otis instructed an assistant to cut the rope holding the elevator in place with a large axe as he stood there, presumably with his arms crossed like a Japanese mob boss about to beat someone the fuck down. When the assistant cut the rope the platform Otis was stood barely had time to drop an inch before his invention activated and locked the platform in place. According to historical accounts of the incident, this caused the crowd to completely and utterly lose their shit.

Otis then informed the cheering crowd that if they wanted to be confident that an elevator they were riding wouldn’t fucking kill them, they better make sure it was manufactured by the only company that had the rights to use his invention. His. Understandably after this stunt, Otis never again had to worry about selling his invention.