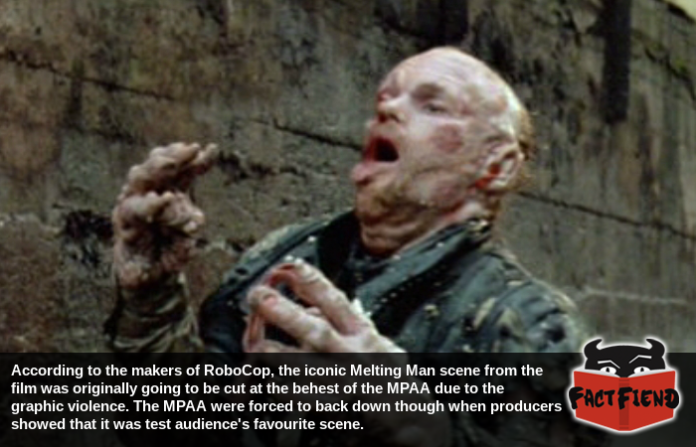 There aren’t many fictional characters out there who eat shit quite as hard as Emil Antonowsky does in the original RoboCop movie. A man who is showered in toxic waste, causing all of his flesh to melt off, moments before he’s hit by a car so hard he explodes. A scene the makers had to fight to even include in the movie in the first place.

First though, if you happen to be reading this website and have no idea what in the hell we’re talking about, in the original, 1988 RoboCop movie, there’s a character called Emil. A huge swaggering dickhead who is partly responsible for the creation of RoboCop in the first place. Which is a more diplomatic was of saying he’s one of the guys who shotguns Murphy to pieces in the film’s opening. 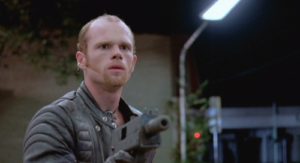 Emil is eventually killed when he attempts to hit RoboCop with his car and instead hits a vat of toxic waste like an absolute idiot. It’s probably worth noting at this point that RoboCop is a character who has a top speed comparable to that of a rocking horse with a broken leg so it’s kind hilarious that Emil misses him when he’s stood like right there. 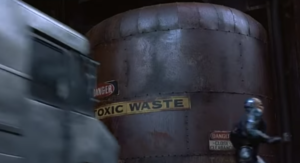 Anyway, the toxic waste then spills just all over Emil, at which point all of his flesh begins to melt off. As if his day couldn’t get any worse, he’s then hit by a car being driven his boss, causing him to explode into a cloud of pus and viscera.

Now, as you can probably assume, this scene was considered pretty shocking, so much so the MPAA outright told producers to cut it. Something they, understandably, didn’t really want to do because they spent a lot of time on the effect and it was really funny. The MPAA weren’t swayed though and told producers that the scene was simply too graphic for audiences to handle. The thing is though, it wasn’t. At all.

You see, as is usual for movies, several test screenings had been held for RoboCop and research had been done to determine which parts audiences liked best and according to it, the part where Emil exploded was the single most enjoyed scene in the entire movie. Producers relayed this information to the MPAA who didn’t really know how to respond because well, it was kind of hard to argue that the scene was too shocking for audiences when producers had literal, documented evidence that it was the scene they actually liked best.

After some back and forth the MPAA relented and let the remain in the film uncut.